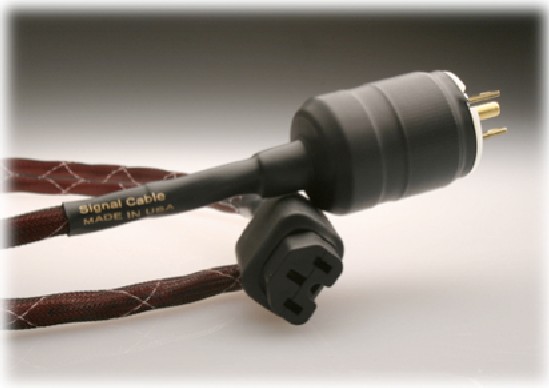 One of the goals is to have a good sounding system on the cheap (well, read real world price…). From a manufacturer point, they must make some compromises in order to meet a certain production cost. Two of the first corner they normally cut is to skip on the power related design and on the isolation (which I’ll cover in another article).

Manufacturers simply put the cheapest (less than a buck) power cord with their gear. If you’re unlucky or unaware, you can also have a captive cord, please consider two times before buying that equipment because if their costs there, imagine elsewhere. One thing I discovered at the beginning of my audiophile experience, cables have an influence on sound. If we take a power cord, it’s not supposed to have any change in the sound because it’s not in the audio path. The truth is way different. First the quality of the connection: a firmer and better connection normally gives deeper bass with more definition. The cable construction, shielding and material can lower the background noise, reduce treble harshness and hardness, give more details and open the soundstage to name a few. After hearing even affordable after market power cord, I doubt any audiophile can come back to the ‘free’ one coming from your component.

I’ve tried for you the Signal Cable MagicPower Digital Reference, a medium flexibility cord with shielding and good grip at both ends. It looks good, comes with hospital grade male connector, no fancy packaging and cost only $69 for 3’. I’ve put it in use on a Talk Thunder 1 Cd player (circa 2000, $1099usd) and burn it for 6 weeks. 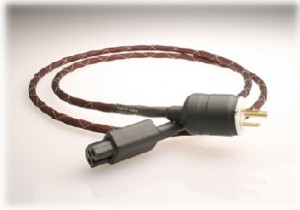 With the Patricia Barber Live : A Fortnight in France (Blue Note 724357821421) differences are not night and day but the bass in more present both in volume, definition and solidity. The treble is smoother, especially the cymbals where we have a less aggressive attack that doesn’t lack leading edge and gradual decay. But the best attribute of the MagicPower is the way we can hear the physical dimension of the French theaters, without it the soundstage flattens.

If you’re in for thrills, the audiophile recording Adagio d’Albinoni from Gary Karr (Cisco GCD8003) is one example that can show the vastness of a hall. Complete with superb dynamics and timbre from his 1611 Amati contrabass playing with a great pipe organ, this record reach very low. The sadness of this piece is palpable. With the generic cable in place, everything seems to shrink.

Let’s put something way different, Android Lust (Projekt PRO159) a great sounding remix album containing female vocals, acoustic instruments and electronic sounds that packs a lot of punch. The drive, rhythm and energy are dark and contagious. With the stock power cord, the confusion sets in and the energy needed to make this kind of music is in part gone. The treble was less refined, border too aggressive (after all it’s a long way from chamber music) with a lot less extension.

I also happen to have on hand a Custom House power cord, I believe they don’t exist anymore but at the time of purchase it was 99$USD for 3’. I know it was designed for amplification duty but I wanted to check it out against the MagicPower Digital Reference.

In general with the Custom House, the bass is more present but less defined. This blurriness affects also the rest of the spectrum; everything is a bit smoother but congested like it’s all packed together. The feeling is like moving 4-5 rows in a concert hall. But it’s still better than stock cords.

The Mars Volta De-loused in the Comatorium (Universal B000059302) is the perfect example of a rock band with dynamics swings can achieve with a great producer (Rick Rubin) that do not compress the hell out of the music to get played on the radio or MTV. The two first songs, “Son et Lumiere” and “Inertiatic Esp” are modern progressive rock at is very best. The album is hard to listen from beginning to end because of the dissonances but easier to listen with the Custom House power cord. However, I still prefer the more precise and realistic view of the Signal Cable. Punch and separation rules!

I’ve listened to a lot of silver discs in the past two months; the Signal Cable never attracts attention to itself because your ears become accustomed to it. What this cable does, it seems to me, it’s like going up one notch in a manufacturer model line or makes a CD player sounds like a newer generation. Believe me, when you take it out of the system, it shows. I’m never going back to stock power. Well worth the $69.