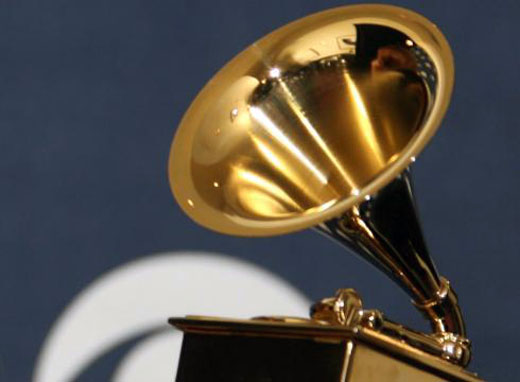 Some of you are probably thinking, “Why would a self-respecting jazz writer give a rat’s rear about the Grammy Awards?” Well, I never really have before. Not sure exactly what changed my mind this year…maybe it was the pressure to write something before my deadline for this month’s issue, maybe it was guilt over not having a proper “best CDs of 2006” column…this way I can let the Grammy people come up with a list for me, and all I have to do is make comments. Either way, I found that this year’s nominees, at least for jazz, are largely not as bad as I expected, and there’s even some real gems in there.

Recordings are submitted for consideration by record companies and voting members of the Academy. Entries that pass a round of screening are then voted on by the members to determine the final list of nominees, which are voted on again to determine the winners.

I’m not a voting member of the Academy, although becoming one isn’t complete science fiction: writing liner notes constitutes “creative or technical credit”, so if I could land six liner note writing gigs I’d be in1. Lots of people complain that the Grammy’s (and similar awards in other genre) are “just a popularity contest”. Well, duh…the winners are determined by voting, what do you expect? Anyway, had anyone asked me, my picks are below in bold, along with the highly subjective rationale behind my choices. 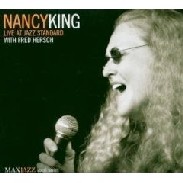 Both Karrin Allyson and Diana Krall released fine recordings last year, but the real story is Nancy King. Long considered a “jazz singer’s jazz singer”, King has gigged and recorded in relative obscurity for years, and has been a major inspiration to many singers who sell a lot more albums than she does (she even guested on Allyson’s Footprints). Live at the Jazz Standard, a duet with pianist Fred Hersch, comes across as a typical club gig for her: soulful, swinging, and extremely loose…evidently she didn’t even know the date was being recorded. Hopefully her nomination will serve to bring her to a larger audience. 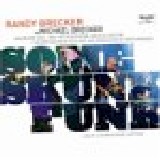 Kind of a silly award…in a genre built on instrumental solos, how do you pick? Be that as it may, pretty much gets down to two choices for me: Michael Brecker or Taylor Eigsti. Eigsti is a child prodigy who recorded his first album at 14 and joined the faculty of the Stanford Jazz Workshop at age 15. Now 22, he could be the youngest jazz Grammy nominee ever. His solo on “Freedom Jazz Dance” isn’t exactly “all flash & no substance”, but there is a high degree of flash nonetheless. Brecker’s solo on “Some Skunk Funk” is an absolute barnburner, but c’mon…the guy’s recorded probably 10,000 solos over his career (I’m not kidding. A much in-demand session player for years, Brecker has played with practically everybody. You have his album, you may just not know it.)…are we really supposed to think this is his best ever? Anyway, Brecker was diagnosed with MDS (a pre-leukemic cancer of the bone marrow) in 2005, and while the search to find a match continues2, he may not be with us much longer…my vote is a living tribute. 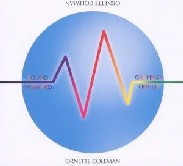 Trio Beyond’s Saudades (a tribute to the late Tony Williams’ power trio, Lifetime) is a firebreathing mother of a set…but with two seventy-somethings in the group I gotta go with the sentimental favorite. Both Ornette Coleman and Sonny Rollins turned 75 last year, but Rollins already has a Grammy, so my vote goes to Ornette. Not to mention that Sound Grammar (see my review in last October’s Affordable$$Audio) is his first record in ten years, and his best is almost 20. 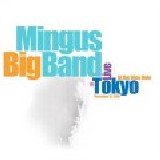 I admit it…another sentimental vote. Mingus was given a posthumous Lifetime Achievement Award back in 1997…I’m actually giving this one to his wife, Sue Mingus. She’s been fighting a lonely battle for years against countless bootleggers who release poor quality recordings of live Mingus performances, without permission and without paying a dime to the musicians. The latest chapter in this fight is her new record company, SueMingusMusic, which released Live in Tokyo and Music Written for Monterey, Not Played, Performed at UCLA, 1965 last year. Both are good, I liked Live in Tokyo better, and the sound quality is outstanding for a 40-year-old live recording. There’s a lot of good music elsewhere in the category, but everything I heard had at least a few moments that reminded me of Mingus, anyway. 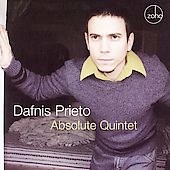 I don’t typically pay much attention to Latin jazz, but after listening to this year’s Grammy line-up that may have to change: there’s so much great music here I had a hard time picking a favorite. A sentimental choice would have been drummer Ignacia Berroa, his outstanding Codes is the first album under his own name in his 26-year career (including 10 years in Dizzy Gillespie’s band). I really wanted to give it to Edsel Gomez…I loved his work with Don Byron…but Prieto’s album is even more adventurous. Hopefully a few stuffy record execs will take notice if more albums like Absolute Quintet start winning awards.