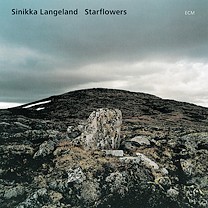 Some have called the blues the most influential art form that Americans have ever unleashed on the world. Considering these are the roots of nearly all American popular music, including rock ‘n’ roll, I’d say it’s a fair assessment. Rock has proven such an infectious cultural export that many of the greatest bands in history were spawned on foreign soil: The Beatles, The Rolling Stones, The Who, AC/DC, The Sex Pistols, The Clash, U2…heck, even the Jimi Hendrix Experience was two-thirds British.

But how has jazz, the blues’ “high-brow” offspring, fared globally? Pretty well, actually, although I wouldn’t say there’s anyone on the other side of the pond vying for Charlie Parker or John Coltrane’s throne. I took a listen to some current European offerings this month…don’t take this as comprehensive or any kind of a “best of”, it’s just a collection of recordings that came to my attention for one reason or another. If nothing else, this collection speaks volumes about the diversity of jazz currently happening in Europe, but I found plenty to recommend as well. 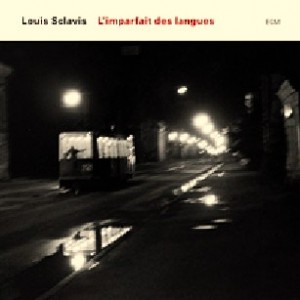 An Interesting story behind this recording. Louis Sclavis is a 54-year-old French clarinetist/ composer/improviser, who has led and recorded his own groups since the early ‘80s. Commissioned to perform a concert at a Monte Carlo arts festival in 2005, he put together a new ensemble of young players from a variety of musical backgrounds, most of whom were completely unfamiliar with Sclavis and his music. He began rehearsing with the group a series of compositional sketches he had put together in just ten days, but the day before the gig, Prince Rainer of Monaco passed away and the performance was cancelled. Undeterred, Sclavis brought the band into a Paris studio and recorded all of the music on L’imparfait des Langues in a single day.

The album consists roughly of two types of pieces: short vignettes of sound and texture featuring just a few musicians, and lengthier compositions that include the entire ensemble. Of these, I find the lengthier pieces most interesting. Sclavis and his (at the time) newfound bandmates are highly skilled players…the improvisation gets fast and furious, yet the melodies themselves have an almost Michael Breckeresque “modern jazz” sound that is distinctively upbeat…even fun at times. There is much to like here for the jazz fan, especially in the dueling reeds of Sclavis and alto sax player Marc Baron, but lovers of rock and progressive music will thrill to Maxime Delpierre’s divebombing, distortion-laden guitar work. Paul Brousseau is the band’s chief sonic experimentalist, bringing a broad palette of electronic ambience and “found sound” tape loops into the mix. Drummer François Merville, the only member of the band to have worked with Sclavis before, is a dynamic powerhouse in some places (“L’idée du dialecte”), subtle and expressive in others (“Dialogue with a dream”).

Sclavis has never recorded the same band twice in his 15-year association with ECM Records, but here’s to hoping that he breaks the trend with this group. This is definitely a band I’ll be keeping an eye on. Despite the presence of two Yanks on this album (pianist Roger Kellaway and trumpet player/elder statesman Harry “Sweets” Edison), that the date was led by Danish drummer Alex Riel and released on the “not-so-easy-to-find-stateside” label Stunt Records, this record demonstrates a thoroughly European look at American jazz. D.S.B. Kino was the name of a movie theater in the main Copenhagen train station that Riel frequented while growing up. In what must have been the 1940s and ‘50s equivalent of MTV, Riel saw a lot of Frank Sinatra big band performances on film in that theater, and heard the trumpet playing of Harry “Sweets” Edison, who appeared in the soundtrack only of those early films due to segregation in the film and music industry. Given an opportunity to make an album with “Sweets” Edison, Riel decided to do a tribute to the cinema of his youth, featuring standards that have been performed by Sinatra.

Quite unlike every other album featured this month, this music is not experimental or avantgarde in any way. Jazz simply doesn’t get any more straight-ahead than this, but that in no way implies that this recording isn’t exciting and fresh. This playing is lean, mean, incredibly mature, and jaw-droppingly well recorded. Riel is a continually inventive drummer with a strong melodic sense, and who packs a ton of surprises into his solos. Mads Vinding, one of the most in-demand bassists in Europe, plays with a rhythmic precision not often heard on his instrument. Lesser pianists and horn players than Kellaway and Edison can sometimes run away with a tune, but everyone here listens, keeping the songs in the foreground so that, despite the fact there are no vocals on the album, nothing comes up missing.

The tunes are a classic selection of vocal jazz songs, including Klemmer/Lewis’ “Just Friends”, Fats Waller’s “Ain’t Miss Behavin’ [sic]”, Al Jolson’s “Avalon” (I guess I’ll travel on to Avalon…), and others. Even if you think you have no room for another collection of straight-ahead standards in your collection, I still recommend seeking this one out. Performances this good that are recorded this well are fairly rare, and this makes a great disc to show off your hi-fi to non-audiophile friends. Beyond that, this is a great album just to show what a fun, enjoyable form of music jazz is. Sure, there are hundreds of classic albums from the ‘50s and ‘60s that do that just as well, but if D.S.B. Kino had been recorded forty years earlier it would be right up there with them.

Although this was recorded in 2002, it was only made available to North American audiences this year, thanks to the outstanding Lisbon-based record label, Clean Feed. A relatively new label, Clean Feed has been building a very impressive catalog of recordings by American avant-garde players, so I was looking forward to hearing some artists on their roster from their native Portugal. I was not the slightest bit disappointed when bassist Carlos Barretto’s Radio Song landed in my player.

Clean Feed refers to this music as “user friendly avantjazz”, a description that fits perfectly. The musicians take off to the skies but keep their feet planted on the ground… most of the time. Some pieces feel 100% freely improvised (“Nas Trevas”), others swing like mad (“Searching”); some tunes are more abstract and spacious (“O Rapaz Do Lixo”), others could almost pass as pop tunes (the appropriately titled “Radio Song”).

I’m always a fan of bassist-led jazz albums, and this is no exception. Barretto’s playing is crisp and funky yet soaring and melodic. While he gives himself plenty of solo space here, he is an egalitarian band leader whose voice does not dominate. Drummer José Salqueiro probably has the biggest influence on the overall sound of the session, lending a variety of colors & textures to the proceedings, but still has a strong enough rhythmic sense to keep things moving forward even while Barretto is laying (or freaking) out. Guitarist Mário Delgado is consistently interesting, whether shredding a solo or scratching out atmospheric sound effects. The aforementioned Louis Sclavis guests on three tunes (I had no idea he was such a celebrity), including a bass/bass clarinet duet with Barretto (“On Verra Bien”), and the albums’ tour-de-force climax (“Asa Celta”), where he doubles the intricate melody with Delgado before launching into an extended (and exhilarating) solo. Barretto closes the album with a fitting denouement, a gorgeous solo bass piece, “Variações em Mi”.

Overall, this is an incredibly strong effort by the inventive bassist, one of my favorites so far this year. This is music that deserves to be heard more often on this side of the Atlantic.

Sinikka Langeland is a folk singer and kantele player from the Finnskogen area of Norway. The kantele is a 39-string table harp with a centuries (if not millennia) -old tradition of improvisation. It was this improvisational history, as well as growing up hearing musicians like fellow Norwegian and ECM label-mate Jan Garbarek at local festivals, that made working with jazz musicians a natural extension of the more traditional Finno-Ugric folk music she has been playing most of her life.

This music is sublime and deceptively intricate. Langeland sings in the style of Finnish rune song and Norwegian kveding (styles that I am at a loss to describe) but her voice is so gorgeously earnest you get the impression she would be magical singing just about anything. Her phrasing reminds me at times of Joni Mitchell, and she occasionally dives into something like Sprechstimme (literally “spoken song”, a vocal technique that falls somewhere between speaking and singing), which brings an urgent quality to her vocals. The entire album is sung in (I assume) Norwegian, which makes for enigmatic listening for English-only speakers, but even without the benefit of language, this music evokes images of the natural world (the liner notes reveal that the lyrics for the entire session were taken from poems by Norwegian lumberjack Hans Børli).

Langeland acknowledges that one of the biggest challenges of marrying ancient folk music with jazz is the sense of time: “The pulsations of the old folk music, the organic, breathing, asymmetric rhythms that we have in the polskas are quite different from modern popular music which is nearly all in 2 or 4.” She is nonjudgmental about the merits of differing styles, using both to make Starflowers ebb and flow across a varied musical landscape. Bassist Anders Jormin (a frequent collaborator with Langeland over the past twelve years) has much to do with this…his propulsive sense of rhythm energizes the band while his warm, woody tone provides an organic tonal anchor.

The album opens with a solo piece, “Høstnatt på Fjellskogen”, Langeland accompanying herself on the kantele. It is delicate, beautiful, but slightly atonal…just enough to remind you, as the album begins, that we are not in Kansas anymore. The next few songs meander gently, but any fears this record may linger in a bland ‘80s-style béchamel of “new age” and “world music” erode as the music progresses like a natural stream of water…it may start softly as a drop of dew running down a leaf, but it eventually crashes violently into the fjord. The torrential peak is “Vindtreet”, which crests in energetic collective improvisation between Arve Henriksen’s trumpet, Trygve Seim’s tenor, and Langeland’s vocals. Many interesting points are passed along the way, including a mystifying bass/ kantele duet (“Støv”), and a colorful percussion interlude (“Stjernestund”) by Markku Ounaska.

Recorded in the typically gorgeous ECM style, Starflowers is a beguiling listen. It gets my strongest recommendation to anyone open to finding beauty in places they never knew existed.