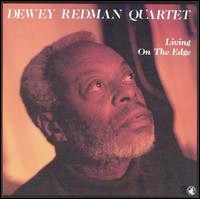 There is an enormous amount of talent in the jazz world, sadly the vast majority of it goes unrecognized in the U.S. Take the subject of this month’s reviews, Dewey Redman. Virtually unknown outside of jazz circles, in fact many jazz fans (myself included) may have never heard of him if it wasn’t for the fact that his son, Joshua Redman, is one of the biggest-selling jazz artists of all time.

Dewey Redman has always been a more audacious risk-taker than his son. A pioneer of the avant-garde tenor sax, the artists on whose records Redman has guested could make up something of a “who’s who” of late 20th century jazz: Ornette Coleman in the ‘60s, Keith Jarrett’s “American Quartet” in the ‘70s, Charlie Haden’s Liberation Orchestra, Pat Metheny’s 80/81 band, Randy Weston, etc., but his own recordings remain relatively obscure. Despite his frequent forays into the extreme fringes of jazz, the root of his playing has always been the big, brusque Texas tenor sound he’s honed since his days growing up in Ft. Worth (where he played in the I.M. Terrell High School marching band alongside his future employer, Ornette Coleman). Redman has developed a few other sonic trademarks over the years, including playing the musette (actually a Chinese suona: a small, double reed horn with a brash, bright tone) and a technique for speaking through his saxophone.

While many articles could be written to describe his playing as a sideman, this month we focus on his dates as a leader. Picking which albums to leave out of a survey like this is often harder than deciding which to include, but I feel the recordings below best illustrate the more enduring aspects of his unique approach.

Recorded in Paris while Redman was on tour with Ornette Coleman in 1969, this is a trio date with long-time Coleman bandmate Ed Blackwell on drums and Art Ensemble of Chicago veteran bass player Malachi Favors. While each of the five tunes here is presented in a rhythmically loose avantgarde setting, Redman shows breadth in his playing, from the exotic musette workout of the title track, to the spacious, abstract “Related and Unrelated Vibrations”. “Paris? Oui!” is a standout, which opens with a fiery mother of a head, but works it’s way into a bouncy swing where Redman lays down some of the most melodic bop lines ever played under an avant-garde umbrella. 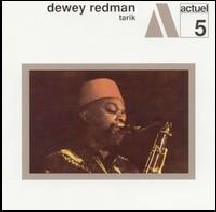 The liner notes present excerpts from an interview with Redman, where he states “I would like to play music in whatever style that I choose and play it well. Each time that I play, I want to do it differently but well, and this is not easy. It’s easy to play favorably when one plays in a certain style, a single way, but it is not so simple to play 50 different styles and to be good in each of these styles.” Interesting, because that’s exactly what we would see him do over the next 30 years.

Musics, recorded in 1978, is one of those recordings that makes me yearn for the days of vinyl. Now, I’m no vinylphile: I miss nothing about the format itself: stylus rumble, dust pops, and I’ve never had a vinyl rig good enough to hear the added warmth, or resolution, or whatever it is about it people like. What the vinyl era did for Musics has to do with sequencing. With vinyl, artists were forced to divide their work up into two sides. The guys who got it right would think of each side as something of a musical suite, and the time it took to turn the record over was for the listener to “cleanse their palette” so to speak. With Musics, Redman gave us a fantastic pair of suites (greatly enhanced, if you’re listening to the CD, by allowing for a 15-30 second pause between tracks 3 and 4). Set 1 (tracks 1-3 on the CD) could be considered the “straight ahead” set, and set 2 (tracks 4-6) the more adventurous. While the first set is a good warm-up (which includes a nice take on the Gilbert O’Sullivan easy listening hit “Alone Again (Naturally)”), for me set 2 is the main event: it opens with the third-world funk of “Unknown Tongue”, my favorite of Redman’s musette workouts. “One Beautiful Day” is next, one of the most abstract, ethereal pieces he has ever recorded. The albums closes with “Daystar Nightlight”, a beautiful melody that the rhythm section supports in a sympathetic, yet very loose fashion: free jazz anyone can enjoy. 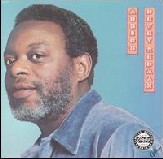 Living on the Edge

Redman wrapped up the ’80s with this wideranging set that features Geri Allen on piano and frequent Redman sidemen Eddie Moore on drums and Cameron Brown on bass. A little something for everybody on this enjoyable set, including the post-bop workout “Boo Boodoop”, intense free-blower “Mirror Windows”, a pair of standards (“If I Should Lose You” and Coltrane’s “Lazy Bird”), a haunting duet with Geri Allen (“As One”) and “Blues for J.A.M. – Part 1”, a gut-bucket blues that would sound right at home in any Texas roadhouse. This would be an excellent introduction to Redman’s playing if it were a little easier to find…it’s on the outstanding Italian record label Black Saint, which unfortunately suffers from limited distributorship in the U.S.

In a 1999 interview, Redman has said that this live date (recorded at Ronnie Scott’s in 1996) is his favorite recording, and it’s easy to hear why. Some artists hit their peak fairly early on and spend the rest of their years trying to rekindle the flame, while others are like fine wine, and keep getting better with age. On In London, Redman makes a strong case that he is among the latter. His playing is confident and full of conviction, particularly on “Kleerwine”, a duet with pianist Rita Marcotulli. Material is characteristically diverse, equally divided between standards and originals; includes a gorgeous ballad (Sammy Cahn/ Paul Weston’s “I Should Care”), an incendiary free piece (“Eleven”) and many points in between. 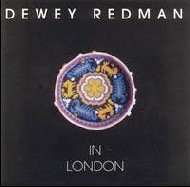 Among my favorite tracks is Antonio Carlos Jobim’s “Portrait in Black and White”, where Redman recites the lyrics (translated into English) as a poem before the rest of the band kicks in…his warm, gritty tone turns out to be a perfect vehicle for the smoky bossa melody.

Redman has released one recording since In London, 1999’s Momentum Space, with pianopounding avant-garde legend Cecil Taylor and former John Coltrane drummer Elvin Jones. Diagnosed with prostate cancer in 1997, it is currently in remission and he continues to tour to this day.