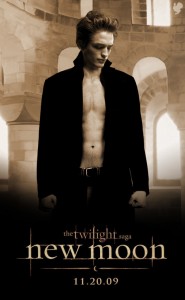 So there’s some word back following the arrest of Samantha Tumpach, whose arrest for allegedly taping a four minute segment of Twilight: New Moon has been making headlines all over the country and beyond.

Remember how we said this was pretty much ridiculous?  Turns out it’s even more ridiculous than first thought–Tumpach herself says that she wasn’t taping the screen, but rather taping part of her sister’s surprise birthday party, and happened to GET some of the movie in the background!

Now, I’m not going to say either way on this one, but I CAN say that it’s believable enough (remember, “believable” is subjective and an opinion) that she was taping something IN the theater, not specifically the movie.

The MPAA, meanwhile, is being seen as “walking a fine line”.  Naturally the theater jumped down Tumpach’s throat, but will charges be filed? If they are, the entire theater industry risks alienating customers in an era where it can ill afford any losses in revenue.  I personally suspect that this will quietly “go away” with possibly small fines or at least a banning from the theater for a few months.  No one can afford a media circus here, and the big top looks like it’s starting to go up.