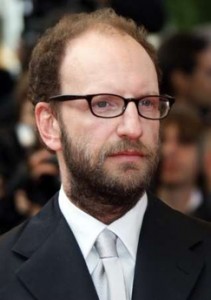 When the topic of conversation starts turning to aspect ratios, I admit, I get a little fuzzy on the whole thing.  Math was never really my strong suit.  But to hear Steven Soderburgh talk about it, what you see on the TV screen is absolutely nothing like what was intended.

As it turns out, most film is shot in what’s called the 2.40 : 1 ratio.  This is why, when you get a DVD that comes in a “widescreen” print, it’s often shown in “letterbox” format.  It’s wider than your typical “fullscreen” movie, but also narrower, so you get those black bands around the top and bottom of the film.  You’ve basically traded a bit of up and down in order to get more left and right.

But television doesn’t do letterboxing.  In fact, most networks say that the difference in letterboxing and such is enough to cue customer complaints, thus, everything broadcast in television is broadcast in 16  : 9, or 1.78 : 1.  Comparing the two is a cringe-inducing moment as you realize a whole lot of movie is lost in the switch from 2.40 : 1 to 1.78 : 1.

And Steven Soderburgh is not happy about it.  Like REAL not happy.  Check out what he had to say:

They are taking the position that the viewers of television do not like watching 2.40 films letterboxed to fit their 16:9 screens, and that a film insisting on this is worth significantly less—or even nothing—to them. They are taking the position that no one will dare challenge them and risk losing revenue. The logic used to make you, the filmmaker, conform to this belief makes a pretzel look like a ruler: you are told you shouldn’t care whether your 2.40 film is turned into a 1.78 film because there really isn’t that much of a difference, while in the same breath you are told viewers notice the difference enough to complain about it.

So you can see why he’s upset.  He–and a good chunk of Hollywood–is being taken for a ride if not outright lied to by television.

Maybe next Soderbergh can start complaining about content editing.  Getting sick of movies on TV that have to cut and edit and make this chopped-up version instead of the actual movie….