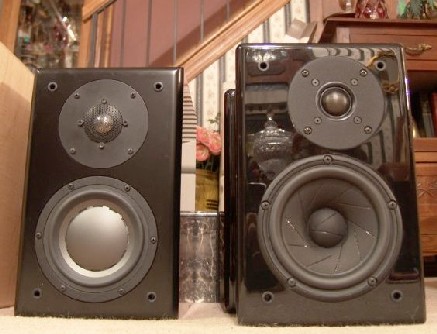 Lately I’ve had a massive grin on my face. No, it’s not from spiked egg nog. Nor is it because I just saved a ton of money by switching to Geico. It’s because I have been smitten with two very special minimonitors; the Sapphire XL from Audio Concepts, Inc, and the Rothschilde A2 from Stone Image Audio. I often find myself attracted to products that carry an exotic pedigree which stray far from the pack of casual garden variety hi-fi. For yours truly, part of the allure hides within the thrill of the venturing out into the wilds unknown – shuffling around in hopes of securing a lovingly crafted piece that few others have laid eyes or ears on. While I love sundry exotica, I also love components that are able to convey the fundamental spirit and soul of the music. I could care less whether or not a product can satisfy measured standards. For these non-golden ears, all that matters is the rhythm – and baby do these two have it.

Despite owning enough monitors to justify a small rap sheet, I’ve rarely had the inclination to sit down with pen and paper to actually write about any of them. The reason is simple – It’s hard. The process of collecting your own idea’s and observations and binding them into an intelligible creative summary takes a tremendous effort that I usually leave to the industry pros. Yet here I am, inspired enough to leave casual abstract discussion behind to embrace a wider circle of fellow audio comrades. Without delay, I bring you the preliminary of my upcoming separate reviews of two tiny titans. 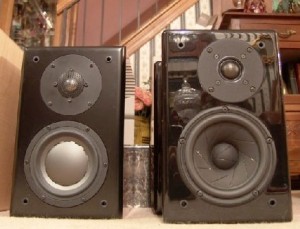 “Life is about compromises”. We’ve all heard the cliché and we’ve all also experienced it first hand. Anyone who has turned hi-fi stereo into a serious hobby is no stranger to the notion. No matter the situation, the best we can do is work to eliminate the vices that prevent our ears entry into the gates of our own sonic utopia. In doing so, we must all make the choice of determining what variables me must sacrifice for desired gains.

I’ve always liked floor-standing speakers. Dipping into the realm of fiction for a moment, my ideal system would entail entry into the exclusive club of cost-no-object rooms fitted with awe inspiring, state of the art electronics with floor standing behemoth’s at the helm. Since the birth of our hobby, no other component has captured the imaginations of audiophiles like the full-range tower. No other product type can lay claim to being the source of such envy and desire – representing what many claim as being the ultimate statement of sound reproduction. Ah, it’s nice to dream.

By proxy of space however, it is slim line towers and stand-mount monitors that these walls are familiar with. It is a life-style that has not only made me a bona-fide believer of nearfield listening, but has also convinced me that a well designed two-way loudspeaker is the ideal solution for practical applications. The unbridled truth is that many people end up buying too much speaker for their room. The result is a diffuse and confusing sound and what’s worse is; there’s no excuse for it. Today, there’s an abundance of small ultra longthrow woofers with mind bending excursion, great heat dissipation, along with low audible distortion that give manufacturers the ability to put some pretty big sound into otherwise dainty enclosures. The old playbook that suggests it takes a fridge sized cab with a multitude of drivers to move a convincing amount of air is being challenged. Old physics be damned, for those of us with full range appetites but find ourselves limited to pint sized accommodations have hope after-all. 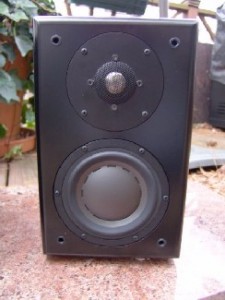 Stone Image Audio. Odds are you would have never known about the company had I not just told you. Jimmy R. has been silently running Stone Image Audio for a number of years, selling his product the old fashioned way by relying on word-of-mouth sales and the not so old fashioned way of the occasional ad on Audiogon. Before licensing up his own operation, Jimmy felt that the only ticket to aural bliss involved mammoth sized electrostatics accompanied with the illuminating glow of burning triodes. He now offers an ultra compact two-way monitor that represents the flagship model for Stone Image Audio; enter the Rothschilde A2 at $1335/pair. 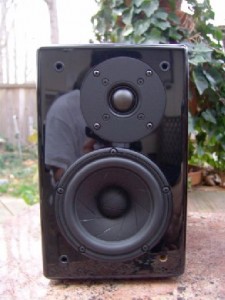 Audio Concepts, Inc. More commonly known as ACI, its founder, Mike Dzurko is far from being the new kid on the block. In business for over 30 years, Mike is the one who pioneered the consumer-direct model before it was even fashionable. While Mike has earned recognition throughout the virtual community, his company is still entirely unknown to the more ubiquitous facets in the industry. Most famous for his Force and Titan sub-woofers, Mike has been pumping out speakers of all shapes and sizes since his company began. His latest release came out in early 2005 and have since earned many accolades and awards from esteemed publications, not to mention being the recipient of raving reviews throughout the audiophile community. Enter the Sapphire XL at $1500/pair ($1700 in piano gloss finish).

It is always a sensation to experience a product that can excite me in new and different ways. Rare, exotic and truly musical, the Sapphire XL and the Rothschilde A2 are my kind of speakers! While both monitors share similarities in driver-config, size, and price-point, their final execution are wildly contrasting. It is my goal to give you, the curious reader, a direct insight into the fundamental soul of the speakers. Think of me less as a reviewer, and more like a guide. This is not a contest of preferences but an illumination of performance with un-bias perspective. Until the light of a new morn, I leave you with some general specs to glaze over; 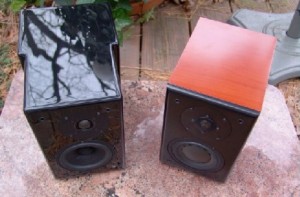 Unless you live in the big city, locating a corner hi-fi shop can go from a simple search to an all-out quest. Fortunately for yours truly, there is one local dealer that pulled all the stops. Nestled in an un-assuming shopping center in Chesapeake, Virginia, hides just about the only true blue hi-fi shop in southern VA; Digital Sound.

I arrived at the store mid-day Saturday with both the Stone Image Audio and ACI speakers in tote. Upon arrival, I was given the green light to help myself to everything in the store. Not one to back down from such an offer, I immediately began assembling, re-arranging, and positioning systems throughout the various show-rooms. Armed with pizza and beer – we all settled in for the long haul. The music began…and it didn’t stop until the doors closed.

Throughout the day, not a single customer that walked through the door could resist getting an ear on the sounds coming from these very unfamiliar monitors. In short, jaws hit the floor. There were two particular customers who when told how inexpensive each pair was, made offers to buy right there on the spot. Hmm, “I hope I will be allowed back!” Still, we all had massive grins that wouldn’t go away. The well-reviewed mega-buck floorstanding speakers stood there in silence. We had no desire to listen to them because we were simply lost in the music, which is ultimately what this crazy hobby of ours is about.

Next Month The Acoustical Comparison……