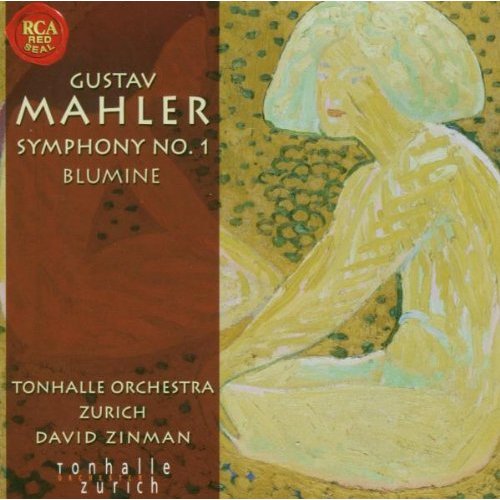 SonyBMG’s RCA Red Seal classical music label has released a Surround Sound SACD featuring the first in a new cycle of recordings of the Mahler Symphonies by David Zinman conducting the Zurich Tonhalle Orchestra. The new SACD includes performances of Mahler’s First Symphony as well as the Blumine movement of the composition which is placed at the end of the disc so that it can be played – or not – at the listener’s option.

As with earlier RCA Red Seal Surround Sound SACD releases, this is a Single Inventory Hybrid Super Audio CD. It serves as both the CD Audio and SACD edition of the album as noted by a sticker on the album cover that says

Plans for Additional Mahler SACDs
According to the Tonhalle Orchestra, this recording of Mahler’s First Symphony was made at the end of February 2006 and was followed by live performances of Mahler’s 2nd and 3rd Symphonies in the 2006 season. The Mahler 2nd is due for Surround Sound SACD release by RCA Red Seal in May (RCA Red Seal 82876-87157-2) with the Mahler 3rd SACD still to be scheduled. Further recordings in the Mahler cycle will be scheduled by Zinman and the Zurich Tonhalle Orchestra in upcoming seasons.