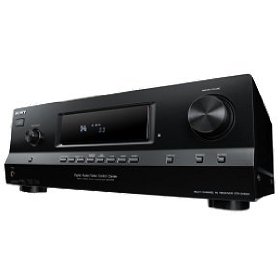 If you thought that the Sony STR DH 800 was a great buy but just a little too much receiver at a little too much cost for you, and you’d have liked a slightly scaled down version that represented some serious cost savings, then take heart, bargain minded shopper, because do I ever have the piece for you!

Sure, it doesn’t sound like the Sony STR DH500 has a lot of juice to it, and indeed, it is pretty light on the features.  But considering it retails for two hundred bucks, and you can get it on Amazon fifty bucks cheaper, well, you tell me if that’s a good bargain.  As far as I’m concerned, if you can live with five channel surround, you’ll get a great deal out of this.