“The rapid evolution of audio and video has generated increased demand for connectivity and high-performance components,” said Tyler Ishida, director of marketing for Sony Electronics’ Digital Imaging and Audio Division. “This new line of ES receivers delivers the fidelity, build quality and connectivity expected for an outstanding cinematic experience in the home.” 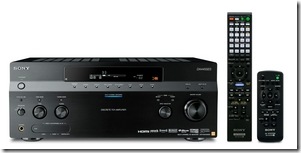 All the three new Sony ES receivers will be available with a five-year limited manufacturer warranty online through www.sonystyle.com and at Sony Style stores worldwide. The STR-DA4400ES, STR-DA3400ES and STR-DA2400ES models will be available at an estimated price of $ 1,500, $ 1,000 and $ 800 respectively.