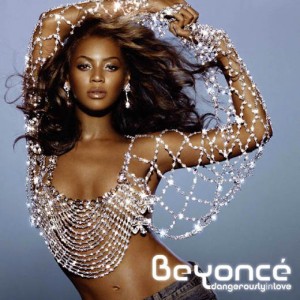 Sony Music has announced that they plan to release 3 Hybrid Surround Sound Super Audio CDs on August 3rd. The new SACDs include A Crow Left of the Murder by Incubus, All That We Left In by the Indigo Girls and Coral by David Sanchez.

All 3 of these Super Audio CDs were announced as summer releases in the last few weeks. They represent Sony Music’s first U.S. releases since February when the label reissued James Horner’s Soundtrack Album from the Movie Titanic as a Hybrid Layer Surround Sound SACD (Sony Classics SH 93091). (Prior to that re-release, Titanic had been available early on as a Single Layer Stereo SACD from Sony Classics).

Sony Music has also announced plans to release Super Audio CDs by Five for Fighting and more albums in the Bob Dylan Remastered SACD series as well. There is no update yet on when these SACDs will be reaching store shelves.

Sony Music SACD Releases Continue in Japan and Europe
While things have been quiet in terms of SACD releases from Sony Music in the U.S. in recent months, that has not been the case in Japan. In that market, Sony Music continues to release new Super Audio CDs every month. Many of these titles have been by local artists including Willie Nagasaki, My Dream Music Lovers and Yuri Toriyama.

However, there have also been some SACDs of broader interest outside of the Japanese market released by Sony Music Japan. The latter category includes over 20 Stereo SACD reissues of Classical Music albums in December and new Hybrid Surround Sound SACDs by Kodo and Yo Yo Ma during 2004.

There have also been some new titles of note from Sony Music in the European market in recent weeks including Beyonce Knowles’ Dangerously In Love and a performance of Strauss’ Don Quixote by Jan Vogler, Louis Lortie and Fabio Luisi conducting the Staatskapelle Dresden.

This is an interesting turn of events given that we used to hear concerns that most of the SACD titles appearing in Japan and Europe were merely imported from the U.S. In 2004, we are finding more new Sony Music SACDs in these markets than in the U.S.! Times are indeed changing.

Dangerously In Love by Beyonce