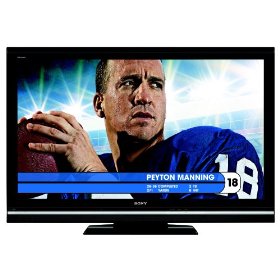 The good part about this television is that the controls are great and the sound quality is just as solid.  But there’s a down side here–a very small one, but one nonetheless–there are artifacts at very close range, but that’s almost to be expected.  And you can get this mostly high caliber piece for just under seventeen hundred bucks on Amazon.

It’s mostly good, so if you’re in the market, the Sony KDL55V5100 is definitely one to add to the list.