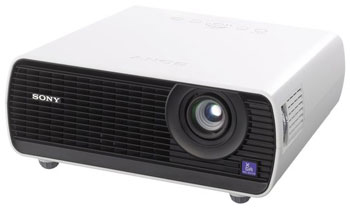 Sony is one of the world’s largest electronic manufacturers with their offerings creeping into just about every niche. One of their most prominent areas of expertise is the display market. Many of their televisions have been regarded as some of the best with the company even being the first to offer a television powered by the Google TV platform.

However, Sony is no stranger to the projector market either with several of their offerings making big names for themselves. In fact, Sony has just come forth to show off their brand new E Series line up of projectors. Of course, these most likely aren’t suited for your home theater but if you’re a looking for a good business (or education) oriented projector, you’ll definitely want to pay attention.

This new E Series enterprise projector lien up includes the VPL-EX100, VPL-EX120, VPL-EX145 and the VPL-EX175. All of these projectors share the same 1024 x 768 XGA resolution but range in ANSI lumens from 2300 to 3600. Additionally, the contrast ratio is also different with the various projectors clocking in between 2200:1 and 4000:1. Connection wise we’re lookin gat dual RGB ports, s-video and composite with the EX145 and EX175 getting a RJ-45 ethernet port.

Unfortunately, no retail prices have been announced just yet but as always, we’ll keep you posted.