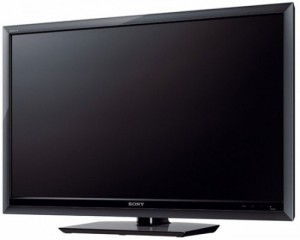 Sony has announced the official release of a new line of LCD HDTV with the launch of the Z5500 line. The new Sony line is a trio consisting of 40-inch, 46-inch and 52-inch models, the set boasts Motionflow 200Hz technology, DLNA certification, the outfit’s BRAVIA Engine 3, its own ‘draw the LINE’ design concept, a 1080p panel and a CI Plus interface.

Some goodies that come with the new line of Bravia Z5500 sets include an integrated MPEG-4/AVC HD tuner, BRAVIA Sync (HDMI-CEC), an auto shut-off function, a dedicated ‘Energy Saving Switch’ and AppliCast, which lets users access a range of online services (RSS feeds and all sorts of other widgets) via the built-in Ethernet jack.