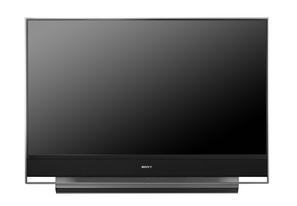 Sony introduced a 55-inch micro display HDTV “KDS-55A3000”. Developed in consultation with the Sony Pictures Entertainment movie studio, the new BRAVIA HDTV features a theater mode that helps in adjusting the TV to display movies better preserving the mood. A noticeable point is that in this TV when the theater button on the television’s remote control is clicked, the TV automatically adjusts settings to one that has been specifically optimized for BRAVIA LCD and SXRD display technology.

Enhancing image quality further is an adoption of the new business color standard for video, xvYCC, and is also referred to as x.v.Color technology. This standard expands the prospective color data range of video by around 1.8 times resultant in the display of more natural and vivid colors. The module mounts on the back of a compatible Sony TV and gets connected directly to the Internet via the users existing broadband Ethernet connection without the use of personal computer. Additionally this feature will enable the users to access Internet video, music videos, movie trailers, user generated videos and RSS feeds without any further additional charges. KDS-55A3000 models debuts in the month of August at a cost of about $3,300.