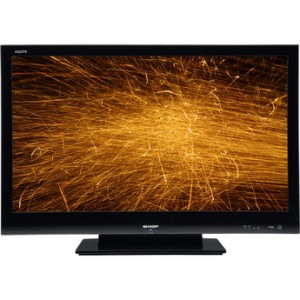 This week we’re focusing on the growing lineup of LED televisions, and the first entry up this week will give us a little extra something to consider–Magnolia status. And today, we’re talking about the Sharp AQUOS LC52LE925UN, a pricey but impressive addition to the Sharp AQUOS line.

The Sharp AQUOS LC52LE925UN is a fifty two inch 1080p LED television that offers Internet connectivity which gives you access to a wide variety of original content, two pairs of active shutter 3D glasses which puts you pretty close to a full 3D home theater system (once you get some extra components), an X-Gen LCD panel with AquoMotion 240 which all add up to a clear picture with reduced blurring (the Vyper Drive game mode included will also help reduce blurring), the Quad Pixel Plus technology that gets George Takei shrieking every time he sees it, two ten watt speakers and a fifteen watt subwoofer with Spacious Sound 3D (a kind of surround sound simulator), four HDMI inputs, one HD component input, one PC, one composite video input, one Ethernet port, one audio input, and two USB ports.

I certainly like the way most of the Quattron stuff looks–it sounds so facetious to say but I really think that yellow makes some difference in terms of image clarity and sharpness. And the sound is also pretty nice, especially with a subwoofer on premises. I’m a little displeased by the amount of connections for older hardware here, especially as it compares to newer, but that’s a small gripe.

And for what you get, it’s almost okay that the folks out at Best Buy want thirty nine hundred bucks for one of these. It’s really very impressive, though whether you’ll want to drop four thousand bucks on a television is a call only you can make.

Still though, if you’re in the market for a new television and don’t mind shelling out a few weeks’ pay for a television, then you’ll want to have a look at the Sharp AQUOS LC52LE925UN.