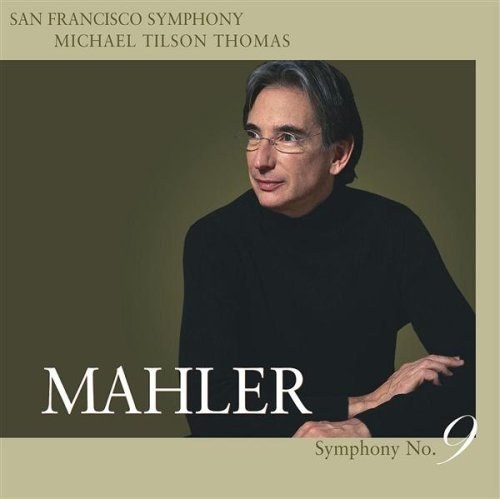 What is a conductor? In a scientific sense, a conductor is a material that transmits electricity. So, in some fundamental sense, the conductor of a symphony orchestra can be seen as transmitting energy. But what is this energy? Part of it is of course excitement and emotional commitment in a musical manner. Yet it should never be forgotten that the critical component of what a musical conductor should be transmitting is the composer’s vision. On the first count, Michael Tilson Thomas brings a controlled, refined focus to this new hybrid SACD from San Francisco Symphony Media. On the latter count, though, I wonder if Tilson Thomas isn’t functioning more as an insulator, keeping Mahler’s blazing inspiration at a safe distance.

But in making that statement, I think I make it clear where my preferences lay. More analytical performances of Mahler emerged in the latter part of the twentieth century in the recordings by such conductors as Pierre Boulez, Christoph von Dohnбnyi, and Giuseppe Sinopoli. Although there was a time when Michael Tilson Thomas was a protйgй of Leonard Bernstein, he has spent his whole career edging away from Bernstein’s emotional bear-hug of a style toward something much more poised and precise. One suspects that he has fully achieved that transformation to his own liking with the present performance. Whether Mahler would have liked it, I have some serious doubts.

A word, first of all, about the performance rating to the right. There is no doubt in my mind that the players of the San Francisco Symphony are among the finest in the world, and they play with astounding sureness. Moreover, I have no doubt that Tilson Thomas gets exactly the performance he wants from them. Thus, strictly speaking, the performance would rate 100%. I arrived at the lower figure, however, by counterbalancing my own response to what Tilson Thomas is asking for from his players. He gets what he wants, but what he wants diverges rather substantially from what Mahler wanted, if the published score is any sort of guide. And since this is, ostensibly, a performance of Mahler’s ‘Ninth, what he wanted should matter.

The trouble begins immediately at the beginning. The cellos enter with infinite gentleness. The horn enters with infinite gentleness. The harp tolls with infinite gentleness. The violins sigh gently into the first theme… But wait a minute, the score calls for those cello and horn notes to have particular notes accented… And the harp, that is marked to be played “forte”, not softly… And the first note of the violins is also supposed to be accented, so that the first theme begins not so much as a sigh as a sharp intake of breath. In one page, Mahler wrote a lot of hints that seem to point towards a lurking unease. But you won’t get that in this performance. Everything unfolds with a smoothed-over, attenuated, and – admittedly – gorgeous sheen. Either Tilson Thomas doesn’t want to battle, or, perhaps, he feels the battle is lost before it is even begun. Perhaps it is meant to sound world-weary. To my ears, it sounds more like ennui.

And so it continues. Accents are glossed over or ignored frequently, and where Mahler calls for abrupt changes in tempo, Tilson Thomas smoothes out the ride, telegraphing the coming change by easing into the new tempo. Even with the towering climaxes of the first movement, the dark daring of this death-haunted symphony is de-fanged and coated with a satiny sheen. This isn’t merely matter of a passive interpretation of the symphony versus a more active one. For another example of a passive, world-weary approach one could turn to the recording by Klaus Tennstedt and the London Philharmonic. But if you do, you won’t find the gleaming refinement of this version. Tennstedt often talked about how important it was to not let the strings in Mahler performances get too refined in sound. As a string player himself, he had the technical means to instruct his players on how to get what he described as a “dirty” tone, by which I believe he meant earthy and biting, as opposed to the virtually endless billows of silk we hear in the present release. One would have to think that all the silk that has been billowing out of string sections under Abbado, Tilson Thomas, and a few other conductors in recent years will glut the commodities market for years to come. What Tennstedt finds is a point to the music far deeper than refined playing technique. Or listen, for another example, to the Decca recording by Christoph von Dohnбnyi and the Cleveland Orchestra. Dohnбnyi is never one to wear his heart on his sleeve, but yet the climaxes of his first movement are devastating due to the way he leads strongly into them, then suddenly lets the rhythmical line go slack, so that the climaxes seem to implode. That manages to communicate enormous emotion without grandstanding or indulging. It simply gets into the depths of Mahler. Why Tilson Thomas refuses to go there is anybody’s guess. He has proven earlier in this very cycle that he can: Witness the orchestra’s blazing performance of Mahler’s ‘Sixth’ which launched the project.

Even Michael Steinberg’s program notes in the booklet seem tailor-made to Tilson Thomas’ interpretation. Steinberg disingenuously talks about the positive things in Mahler’s life in his later years, as if to draw attention away from the fact that the man’s life – between his wife Alma’s affair, and his own professional troubles at the hands of the boards of directors of the Metropolitan Opera and New York Philharmonic – was falling apart. This music unflinchingly reflects that, at least when performed as directed. Steinberg even goes so far as to describe the second movement as “leisurely”. Well, Mahler described it as “etwas tдppisch und sehr derb” which the glossary of the Dover reprint of the original 1912 Universal-Edition publication of the score translates as “somewhat clumsy and very coarse”. Tilson Thomas’ studied elegance goes nowhere near such coarseness. Again, everything is gleamingly played, nary a hair is out of place. All is pretty, all is bright, no need to fear the Big Bad Mahler tonight.

The third movement brings some breathtaking virtuosity from the players; indeed, this must be the finest playing ever lavished on the Rondo-Burleske. But the harshness is kept abstract, impersonal. Some might say that the more emotional performances of Mahler’s ‘Ninth’ aren’t the sort of thing that can be listened to every day. Well, that’s the point, isn’t it? Should Mahler’s final complete utterance as an artist be something that can be cozied up with every day of the week? I would rather hear an emotionally devastating performance once a year than a tamed one every day.

The finale is by design the most withdrawn movement, and thus it succeeds more effectively than anything else in this performance. It is broad and consoling as opposed to the more battle-scarred renditions by Karajan, Bernstein, and, most recently, Abbado. The masterful control of the San Francisco strings throughout the long wind-down of the movement is a technical feat to marvel at, as is their unfailing beauty of tone.

The recorded sound is another example of the high quality San Francisco Symphony Media has achieved in their recent releases. They started the cycle very impressively and crossed up into the range of audio excellence with the recording of Mahler’s ‘Third’, and have continued upward ever since. The sound is seductive, astonishingly vivid, with rich impact, yet lucid clarity. The overall level is low, but once you crank it up, the dynamic range is effectively wide, from the powerful climaxes of the first movement to the whispering glimmers at the close of the finale. There is a glorious presence across the spectrum from lows that you feel more than hear, to crisp, fresh peaks on the high-end. The regular Compact Disc layer of this hybrid release is of course in lower-resolution than the SACD layers, but much of the presence of the DSD recording still comes through quite effectively. Moving to the stereo SACD layer increases that sense of presence and texture. The multichannel program brings you into the spacious but warm hall without exaggerating the rear channels. The sense of directionality of sound is impressive, with the orchestra placed perfectly, neither too close, nor too distant. This recording rivals the Technicolor gorgeousness of Decca’s hybrid SACD of Riccardo Chailly and the Royal Concertgebouw Orchestra, which brought his cycle to a close recently. No other recordings come anywhere close to this level of technical accomplishment, but neither performance captures the frisson of the truly great performances. But whatever my reservations about Tilson Thomas’ performance may be, I’m sure I’ll return to this two disc set in the future just to experience its glorious recorded sound.

In the end, this is in many ways not my kind of Mahler ‘Ninth’. I hope I have given enough description of its style, however, to give the reader a notion of the conductor’s approach. Just because I dislike it doesn’t mean that there aren’t lots of people who will be absolutely thrilled with it. Those who find Mahler overwrought and emotionally draining might find this recording more to their liking than the sort of performances that I prefer. In that case, they will be hard-pressed to find a better one than Tilson Thomas’. Compared against other notably reserved performances such as Haitink or Masur, Tilson Thomas excels. But even among reserved performance-styles, Dohnanyi, Tennstedt and Sinopoli offer more truthful readings of the score. But those searching for a high-resolution recording of Mahler’s ‘Ninth’ with the most perfect audiophile sound will certainly want to own this marvelously-recorded performance.

For those who prefer their Mahler with more angst, I would recommend a number of other performances. For a more accurate reading of the score, Riccardo Chailly’s recording makes a viable alternative for multichannel SACD listening. But for a real grabs-you-by-the-throat-and-doesn’t-let-go sort of performance, you could turn to Leonard Bernstein (either of the Deutsche Grammophon recordings), Jascha Horenstein (Music and Arts or BBC), Herbert von Karajan (Deutsche Grammophon), Benjamin Zander (Telarc), Claudio Abbado (DG), Karel Ancerl (Supraphon), or Kiril Kondrashin (Melodiya). Bernstein can be grandiose, but he actually holds far closer to the score than most conductors. The Horenstein on Music and Arts is the greater of his two live recordings from 1966, but it is in wretched sound. (Note: Avoid the Horenstein/American Symphony performance, which was also available on Music & Arts at one point, as it is not in the league of his other performances of the score.) The BBC release of Horenstein’s live 1966 performance from the Proms is in much better sound, though it is a less sure-footed performance. The better of Karajan’s two recordings (at least in terms of emotional impact) is his live performance from 1982. Zander’s live performance is broad, epic, fiery, and almost fanatically detailed. For Abbado, go to the recent live recording with the Berlin Philharmonic, not the earlier Vienna recording. The newer recording is a vivid and passionate performance, with an intensity that can only be described as white-hot, marking the renewal in inspiration that Abbado has had in recent years after narrowly escaping a life-threatening illness. Kondrashin and Ancerl both miss some of Mahler’s more specific details, but they make the music a matter of life or death, which for Mahler it was.