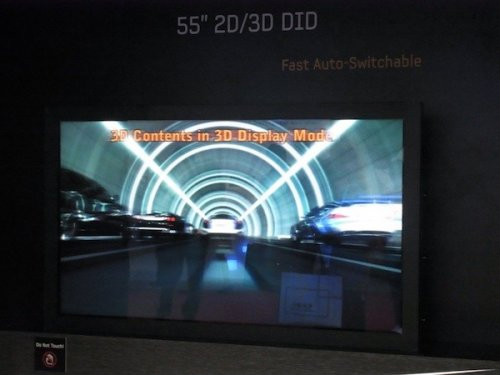 As we’ve told you many times in the past much of the tech industry is making the shift towards 3D displays. A prime example of this is with Nintendo and their Nintendo 3DS which features a glasses-free 3D display set to drop on March 22nd. But, on the other hand, television manufacturers have been putting out 3DTVs for quite some time but more often than not ones that require you to wear glasses.

Samsung is looking to do away with the glasses coming forth today to show off their 55-inch glasses-free 3DTV prototype. One of the biggest gripes consumers have had with glasses-free 3D displays is that they require you to look at it from a single specific angle. Luckily, Samsung is looking to combat this by including 9 different viewing angels and the ability to change the TV into 2D mode at any time.

No word on when Samsung plans to release such a television, if ever, but but don’t expect it anytime soon.