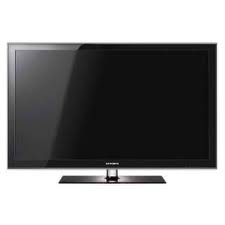 First off, happy Memorial Day to all our American readers, and chances are you’ve got some nice plans for the day involving barbecue and maybe something to do with your home theater, whether it’s something sports-related or just catching up on what’s been collecting in your DVR over the last few weeks. And if you’ve got in mind to get hands on a new television, well, you’re probably too late for that. But one to consider for your next holiday off is the Samsung LN46C630.

The Samsung LN46C630 is a forty six inch 1080p LCD television that offers up a 120 Hz refresh cycle, thus keeping blurring of the action on-screen to a minimum. You’ll also get Samsung’s Touch of Color design for the aesthetics, as well as ConnectShare movie to let you use USB thumb drives or digital cameras directly, a game mode for improved video game playback, Wide Color Enhancer Pro for better video playback, BD Wise to automatically adjust levels on all your components, two ten watt speakers, four HDMI inputs, two USB ports, a PC input, one component input, one composite input, and AnyNet Plus.

I’m a bit torn on this one–the picture is actually nicer than some LED models I’ve seen, which is pretty unusual, but the sound is unaugmented and not so nice as some others. And while there’s certainly plenty of room for your various components in here, they’d better be the most up to date components, because your older stuff is going to get some of the shortest shrift I’ve seen in some time. Still though, if you want a game player or a movie viewer, man, will this one do the job.

And considering you can get it for a variety of prices depending on where you shop (if you’re willing to take a bit of a chance online I found it at LCDTVs.com for a relatively meager $897, with free shipping), but usually at the sub-thousand level, you should do just fine here.

You’ll have to tailor this one to your own situation, but as long as you’ve got some relatively up to date hardware, you should be just fine with the Samsung LN46C630.