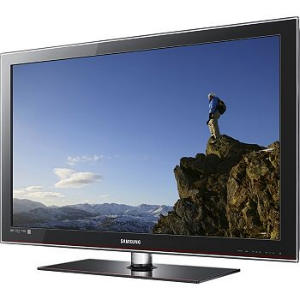 If you’re looking for something a little lighter in your home theater, then you’ll have a lot of choices. One you’ll likely want to keep clear of is the Samsung LN32C550, a television that puts on a good show, but just can’t stand up against the competition.

It’s the smallest of the big screen televisions, so the picture isn’t very impressive. Nor is the sound all that impressive, really. And frankly, I’ve seen better ports sheets to boot. This is gearing very much toward “low budget television”. And if the price tag matches the spec sheet, then they’re doing just fine indeed.  The problem is, they’re not.

The folks out at Circuit City want $579.96 for one of these, and that’s a pretty salty price tag for what little you get overall.

The value just isn’t there on the Samsung LN32C550, not like it would be on other models. And that makes this one a poorer buy that you can get elsewhere. It’s not necessarily bad, it’s just that you can do much better elsewhere.