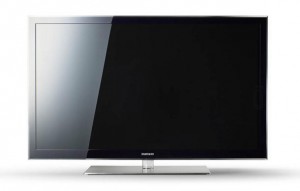 We once reported that Samsung and Vizio were fighting over number one in TV sales. It used to be that Samsung ruled, now Vizio appears to be king again.

Vizio shipped more than 1.6 milllion televisions in its third quarter, which is about 19.9 percent of the US market. Samsung managed to capture the 17.7 percent with 1.4 million shipments.

We will see how these television wars will be brewing.