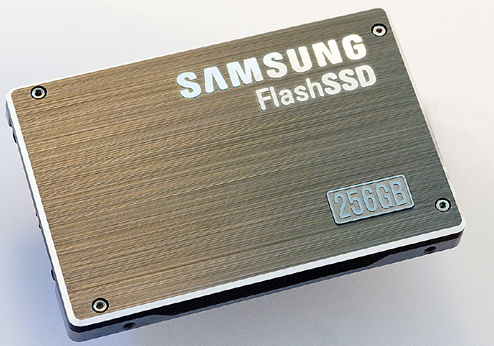 Samsung recently announced the availability of fast track solid state drives with a capacity of 256GB. Not only this, the mass production of 128GB drive has already started.

The magnetic platters in hard-disk drivers are replaced by flash memory chips, which are used to store data. These flash memory chips are more advantageous as they use less power and are free from risk of mechanical failure.