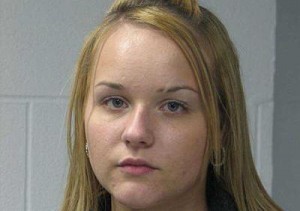 A success for decency and good common sense comes today, folks, as the alleged Twi-Pirate, Samantha Tumpach, saw dismissal of all charges by the Cook County prosecutor’s office.

Tumpach was alleged to have recorded less than four minutes of the movie New Moon, the newest installment in the Twilight Saga, when theater owners called the cops and they descended like an angry horde on the theater.  No less than New Moon’s director, Chris Weitz, came out in support of Tumpach, and it was only a few short days later that all charges were dismissed.

Finally, some rational sense.  Finally, we see that intent has SOME application here.  Perhaps the MPAA is learning from the RIAA’s mistakes, and we won’t see huge slews of lawsuits pouring fast and furious into an already badly damaged economy.

As we all know from experience, anything’s possible at the movies.  Even sensible reactions from governing bodies.