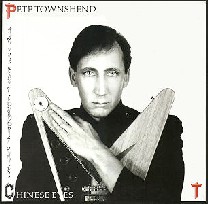 Some months back I wrote a music article about rediscovering some terrific cd’s in my collection. With Clarke taking a well-deserved month off I decided it was time for another dig through my new storage drawers for some terrific music. Below are four fine discs that those of you enjoy that particular style of music should take a listen to once again. 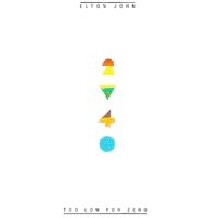 To me, this cd marks the true comeback of Elton John from his over indulgences of alcohol and drugs. The lyrics mark the full-fledged return of Bernie Taupin, the man who brings out the best of Elton’s singing. The soul-searching “Cold as Christmas” with it’s lament to a lost relationship is a unique start to an album with its melancholy story.

Following this depression is the defiant “I’m Still Standing” where the master show man proclaims his return from the abyss of chemical contanimation. Following that self proclamation is the selfdoubting of my personal favorite, the title track “Too Low For Zero”. The combination of soulsearching and latin melody makes it a fascinating piece of music. Next up came the radio hits, “I Guess That is Why They Call it the Blues” with Stevie Wonder on harmonica, and “Kiss The Bride”. The disc ends with the beautifully simple “One More Arrow”, an elegant piece that anyone can picture Sir Elton John playing in concert solo with just a simple light on the piano. All The Best Cowboys Have Chinese Eyes-

My second choice strangely enough also comes from an artist celebrating being clean and sober. Pete Townshend, the driving force behind the group I argue is second only to The Beatles in importance to rock and roll. In this disc, the variety of tones and melodies corresponds to the one of the treatment method used in his recovery, listening to tones on headphones as a replacement for the chemical high he previously received.

The disc also demonstrates on a totally different level Townshend’s tremendous lyrical talent. “The Sea Refuses No River”, an ode to the abuse he poured into his system, and the flushing out that was taking place during recovery. “Exquisitely Bored”, is a powerful look at the southern California culture, and his inability to connect with the lifestyle that seems so soulless. “North Country Girl” is a traditional British song arranged in a beautiful melodic fashion.

The last two tracks are in my opinion his best work. “Somebody Saved Me”, tells of how a woman made him realize that his destructive path was leading him into hell, alive or dead. The passion in the vocals and instruments emphasizes his recognition of how close he was to final doom and death. The cd ends with the energy building “SlitSkits, with some of the finest lyrics of the early 1980’s. the prose, “The lovers now estranged avoiding each others eyes”, and the emotional logic of “No one respects the flame quite like the fool who’s badly burned”. Finally, don’t forget to read the ending liner notes, Pete leaves us with a taste of his writing skills that can be found in his book, Horses Neck. 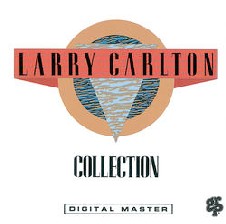 Ok, so it’s a greatest hits cd, but for most of us it will be new material, as it is made up of jazz music based around some of the finest acoustic and electric guitar melodies one will hear. Carlton came to promanence with his guitar playing in Joni Mitchell’s classic album Cort and Spark. From that launching pad he has only built on his reputation as an easy to work with musician. One who wants to give everyone a chance to explore the essence of their musicianship.

The disc contains twelve tracks, two of which are new, and both outstanding. “Small Town Girl”, with its combinations of horns and clean guitar plucks. The layering of instruments is outstanding.

The use us the xylophone as the rhythm maker in “Smiles and Smiles To Go” lends a grounding nature to the floating fingerwork of Carlton. Song after song, with it’s intricate instrumentation is vaguely familiar of Steely Dan. The other new track, “For Heavan’s Sake”, is an eye-closing float through serenity. Kik Whalum’s saxaphone plays nicely against Carlton’s acoustic guitar, creating a conversation that ebbs and flows. The funky bass of “Nite Crawler” is a fun diddy that explores his electric guitar range. Playing each note as if it were a vocalist in a jazz bar. The cd is a great introduction into light jazz for those beginning their peek into this passionate musical genre. 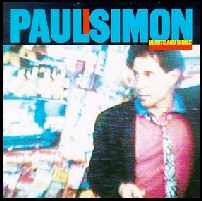 After his Saturday Night Live hosting performance, and before the landmark Graceland cd, came what many consider his finest work, Hearts and Bones, one of my ten must keep cd’s in my collection. Not one song on this disc gained much radio play, but as a whole, the ten tracks exhibit a terrific sample of all of Simon’s skills in fresh pieces of music. The opening song, “Allergies” is one that only Paul Simon could get away with based upon the conversational singing style that he has made famous, “my head intercedes with my bodily needs, and my body won’t give it a break”. Second comes the title track, with lyrics and vocals that seem to cascade like a mountain creek.

Throughout the cd, there are moments where the listener can see the beginnings and hints of what was to come in Graceland. But what makes this disc so pleasing is how intimate it connects. It’s comparable to sitting by the fire listening to a relative spin stories. Leaving the best for last, as Simon does with his soulful dedication to John Lennon’s passing in “The Late Great Johnny Ace”. Of the tens of thousands of words expressed upon his passing, Paul Simon’s lyric’s and those of Elton John’s are the simplest, yet most poignant.