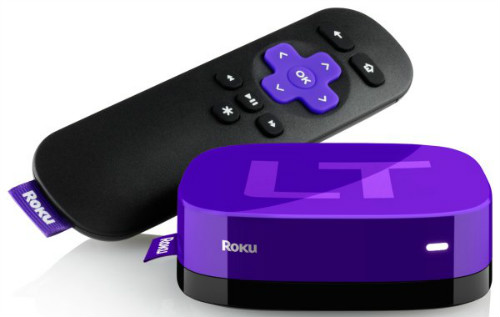 If you’re one of the many consumers looking to get content out of the cloud and onto your television you’ll probably know that there are many different methods to go about doing this. Those who want to follow the crowd may opt for something like the Apple TV or Logitech Revue powered by Google TV. However, if you’re looking for another method that won’t cost as much but will still provide you with much of the same functionality then you should check out some of Roku’s lower end offerings.

In fact, if you’re really on a budget, Roku has just come forth to announce the Roku LT. This set-top box clocks in at just $50 and allows owners to output 720p video content to their television (or other display) via included HDMI port. Also built-in is A/V connections and 802.11 b/g/n WiFi making connectivity a breeze. On the content side of thyings not only will you be able to access things like Netflix, Amazon Instant Video and a wide array of different channels which you can check out here. One thing Roku is touting heavily is the fact that the LT will feature built-in support for HBO GO – definitely something I’m sure many of you will be interested in.

Release dates are currently pinned for some time in November but we’ll let you know when a more solid release date is made known.