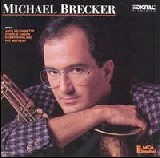 On January 13 2007, two and a half years after being diagnosed with myelodysplastic syndrome (1), and just one month before winning his 12th and 13th Grammy awards, Michael Brecker passed away from leukemia.

Brecker was one of the most technically proficient saxophone players in the world, but always played with soul and a deep respect for the material. Years of studio work taught him how to make powerful musical statements in short periods of time, but he could stretch out in freer jazz settings without being repetitious or derivative. A huge fan of John Coltrane since his teens, Brecker was often credited with bringing Coltrane’s “sheets of sound” to a wider audience.

I’ve been a fan of Brecker’s ever since I first saw him play with Herbie Hancock’s band in the late ’80s. I had stopped following his career in recent years, but had a great time going through the back catalog to put this list together…there’s a lot of great music there. This is far from being a “greatest hits”, it’s simply a collection of personal favorites and things I find interesting…it certainly could have been a lot longer, but press deadlines exist for a reason. Enjoy, be grateful for your health, and Michael: rest in peace. 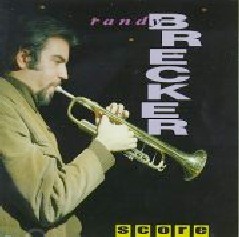 Randy Brecker’s first album as a leader was also the first recording session of his brother’s career. An early experiment in jazz/rock (the term “fusion” hadn’t been coined yet) this album contains five straight-ahead jazz tunes with the Eddie Gomez/Mickey Roker rhythm section, two rock tunes with Chuck Rainey/Bernard Purdie, and a duet between the brothers Brecker (“The Weasel Goes Out to Lunch”, based on the familiar children’s song). Michael was just 19 years old at the time of this recording, and displays an amazing mastery of his horn for his age, with his characteristic “edge of your seat” tone already well developed. More amazing is his lack of excessive blowing simply for chops’ sake… everything he plays, while extroverted and intense, is done tastefully, in service of the composition. Anyone who heard this in 1969 with even half-open ears must have known these kids had a big future ahead of them.

Horace Silver – In Pursuit of the 27th Man 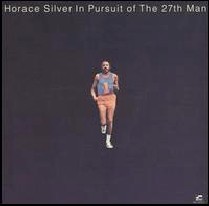 Even though the Breckers only appear on three of the seven tracks here, their hard driving solo work makes the date, especially on the Latintinged “Gregory is Here”. Blue Note didn’t promote this album particularly well when it was first released, perhaps in reaction to the public’s then growing obsession with fusion. It’s not a bad Horace Silver album, though it would be his last for about three years. A clear indication that Brecker had solid command over more traditional jazz early on, even though he took a more pop/fusion path through most of the ‘70s (hey…you can’t fault a guy for taking some paying gigs).

Steps Ahead – Smokin’ in the Pit 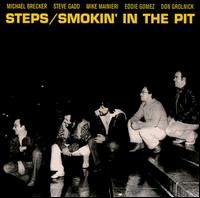 Before fusion descended into the sonic equivalent of cottage cheese that it eventually became, there were groups like Steps Ahead. Originally formed when a Japanese producer heard Brecker and his buddies playing an informal jam session at Seventh Avenue South (a Manhattan jazz club Michael & Randy owned from ’77 to ’85). Impressed, he invited the group to play in Japan. This record (and Step by Step which preceded it) was originally released only in Japan when the group’s name was simply “Steps”. Every member of the band is an absolute virtuoso of their instrument, and more mind-boggling solos fly by than I can count. Check out Brecker on “Tee Bag” and the Joe Henderson standard, “Recorda Me”…just when you think he can’t possibly pour any more energy out of his horn, he takes it up a notch. This is easily some of the most exciting, easy-to-get-into jazz around. 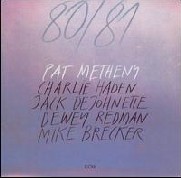 A standout session for most of the musicians involved, 80/81 is one of the most straight-ahead jazz albums Pat Metheny has ever recorded, and (perhaps due to the presence/influence of Dewey Redman) features some of the most avant-garde playing in Brecker’s oeuvre. In particular, his solo on the set opener “Two Folk Songs” uses some of the intervals, honks, & growls I normally associate with Redman (but with Brecker’s unmistakable biting tone). Brecker is also put to great effect on the ballad “Every Day (I Thank You)” and in a freely improvised piece entitled “Open”. 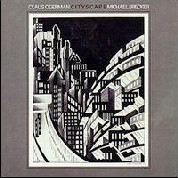 Claus Ogerman’s career has spanned five decades, during which time he has arranged and composed practically every type of music known to Americans, having served (among other things) as musical director for Verve Records in the ‘60s and A&M Records in the ‘70s. Ogerman has called Brecker “the greatest saxophone virtuoso ever”…strong praise from a guy who has worked with plenty.

Utilizing a 64-piece orchestra and a crack rhythm section, Ogerman composed Cityscape specifically to feature Brecker. What results is one of the finest saxophone performances ever recorded, with Brecker’s playing by turns exquisitely beautiful and profoundly moving. Ogerman’s heavy use of strings is a bit much for my taste, however he uses them to elicit a good variety of moods and colors, and ultimately they provide a good framework for Brecker’s tenor explorations.

Brecker played professionally almost 20 years before getting around to releasing his first solo album. The results were not only worth the wait (it won “Album of the Year” awards in both Downbeat and Jazziz magazines), the record displayed a level of maturity not often heard in a debut effort. Brecker’s solo recordings generally stay well away from the pop/fusion sound of his commercial work, this one more so than most. It’s not free jazz, but it does have a very modern sense of understated swing that gives it a wide-open, loose feel (check out the Brecker-penned “Syzygy” for a great example). This is a serious record, but not lacking in emotion, as heard in the heart-wrenching performance of Don Grolnick’s “Cost of Living”, and on the whimsical “Original Rays”. 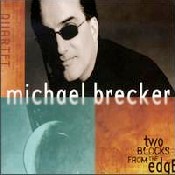 Dedicated to Brecker’s friend and colleague Don Grolnick who passed away in 1996 (he said he “liked living on the edge, as long as it was two blocks away.”), this is the sound of Brecker letting his hair down. There’s a lot of fun on this album, from the neck-loosening groove of “Madame Toulouse” to the latin workout “El Niño” and upbeat “Tain” Watts composition “The Impaler”, to the funky set-closer “Delta City Blues”, this album rocks, funks, and swings non-stop. Another high point in Brecker’s impossible-to-pick-a-favorite solo output.

Michael Brecker – Nearness of You: The Ballad Book 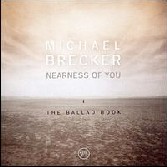 Despite Brecker’s consummate skill in full-tilt, fire-breathing tenor work, he was also a sensitive balladeer. This recording doesn’t come across as an effort to prove the point, but more as a celebration of the genre, and more importantly, of the songs. Brecker’s talent for connecting with the soul of a melody is unsurpassed, and each one is given careful and heartfelt treatment here. Ballads or no, this album has its intense moments (“Nascente” soars to powerful heights) but in other places (like the Ira Gershwin/Kurt Weill tune “My Ship”) he plays it pretty close to the written melody, but somehow is no less enthralling. While this recording is quite different than others in his canon, it comes highly recommended. Although his illness pulled Brecker away from making music to a degree, he was able to complete one final album just two weeks before he passed away. It will be out in May.

external link: about Michael_Brecker on Wikipedia

note 1) The fight to save Brecker’s life resulted in 10,000 people being tested as donors for bone marrow transplants. Just a few weeks before he passed away, Michael received a letter from a child who’s life had been saved by a donor who had responded to his own bone marrow drive.