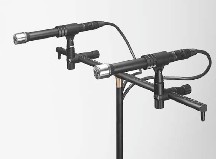 Hello again, sorry I missed you all last month! I was asked rather last minute to make an appearance at the Heathrow hi-fi show here in the UK, and that made it pretty much impossible to get anything written in time for the last issue.

The last article went in to detail about different microphone types and their polar patterns . I didn’t explain how the different polar patterns are achieved though, and I think it is quite a smart bit of engineering, so lets look at that.

To achieve different polar patterns there are two things, or a combination there of, that can be done. The first is to simply shield an area of the mic so that sound pressure only affects one side. However, this method alone can not produce many different polar patterns. As such, the more common method, and that used for variable polar pattern mics is to combine the signals from multiple mic capsules. For example, a figure-of-8 mic is created by exposing both sides of the pickup to the sound. A ribbon mic is a good example, the sound pressure at the front is naturally out of phase from that at the back. Sound pressure at the sides affects both front and back equally so does not move the ribbon. A figure-of-8 polar pattern is the most simple to achieve, and is the pattern that occurs with a fully exposed membrane.

If you take the fully exposed ribbon / membrane and enclose one side, an omnidirectional polar pattern results. This is because sound pressure at the back and sides will only have an affect once it travels to the front.

So, we have figure-of-8 and omnidirectional microphone polar patterns at our disposal now. Lets take a figure-of-8 and place it next to an omni, then mix two to outputs together. What results, is a cardioid polar pattern! One side of the figure-of-8 capsule adds together with the omni capsule, and the other side of the figureof8 cancels out the signal from the omni. Sound is picked up at the front, and rejected at the back. Different ways of summing the two signals of these capsules will produce different variations of the polar pattern such as super and hypercardioid, or can even give a variable polar pattern microphone very clever ‘eh! Right, now the technical bits are done, lets talk about how to use the bloody things! 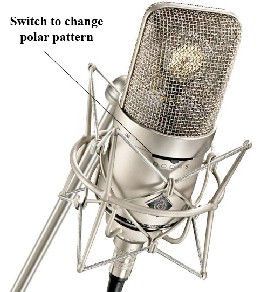 In the old days before multi-track recorders, when two track was all that was readily available, a performance would usually be captured with just two microphones, a stereo pair. Despite the massive advancements in multi-track recording, stereo mic techniques are still used for certain types of performance such as classical, jazz, solo performances etc.. Not only is the simplicity appealing, it also produces a very natural sound since, well, if you were sitting at the recording venue you would only be listening through a stereo pair of ears! It is imperative that the recording venue is a good sounding room though, since the acoustics will be an integral part of the sound and can’t be changed. There are three widely used techniques for recording with a stereo pair, and these are called spaced pair, coincident pair and near coincident pair of which ORTF is probably the best known.

A spaced pair is as it sounds, two microphones facing forward and spaced apart from each other. The characteristic sound of this technique is a lot of stereo width, but with rather blurred imaging. This is because each mic is spaced a relatively great distance from one another, and doing so causes a time delay between sound arriving at each mic.

A slight variation of this technique is the three spaced mic setup. Not strictly a stereo pair, but used for purist stereo recording so I have included it. This is the same as a stereo spaced pair but with a third mic between the stereo pair and set forwards. This helps to bridge the gap in sound between the other two mics and gives a good center image. The technique is essentially known today as the Decca Tree. Microphones with an omnidirectional polar pattern were originally used, and still are to a large extent, but mics of that time were not actually very omni, and so a modern wide cardioid may actually be a closer match to the polar patterns originally used!

The next technique to look at is the coincident pair, commonly using cardioid mics, but sometimes figure-of-8. They are placed one above the other, almost touching at the capsule and angled strongly inwards. The characteristic sound of this technique is a rather narrow soundstage, but with very accurate imaging. This is because the level differences between sound picked up by each mic are quite pronounced but the time difference between each is extremely small, giving a narrow soundstage. In the 1960’s the Office de Radiodiffusion Télévision Française developed a near coincident pair technique that they made a standard for use throughout the company. It worked so well, it has now become a standard used across the word. The ORTF technique was devised though extensive experimentation. The mic capsules are spaced 17cm apart and angled outwards 110°. Although the technique was found though trial and error, it is interesting that 17cm is approximately the distance between human ears. The characteristic sound is one with very accurate imaging, like a coincident pair, but with greater stereo width because of the time delay created by the 17cm spacing. Except for dummyhead recordings, this mic technique probably gets the closest to how a performance would sound if you were actually there. 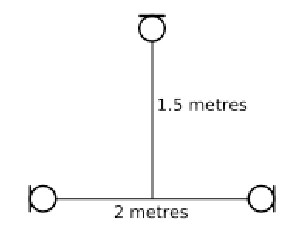 There are other techniques used for purist recordings such as mid and side and baffled PZM pairs. If you want to find out more about them, Google is your friend! That is it for this article. If you have some classical CDs you may find information in the booklet about how it was recorded, and be able to compare a few recordings using these different techniques. The next article will move on to multi-track close mic techniques.