Last issue we covered the main types of recording environments, so I guess the next logical thing to discuss is microphones. There are a few different technologies in current use which each having their own strengths and weaknesses. I’m afraid this is going to be a fairly technical article explaining how each type of mic works. It is worth knowing though, as it helps to understand why certain types of mic are used in different circumstances. I think it also helps us to appreciate how complex the job of making a good recording is, because there is just so much to consider when doing it!

The type of microphone most people are familiar with is the ‘dynamic’ mic that works very much like a loudspeaker driver. There is a circular membrane (in a speaker this is the cone) suspended within a fixed ring. Connected to the membrane is a ‘voice coil’, which is a tightly coiled piece of wire. The voice coil sits inside a magnetic field. When sound impacts on the membrane it moves the membrane and voice coil slightly within the magnetic field. Through induction, this produces a tiny electrical signal in the coil. The signal is modulated in a proportional manner to the sound vibration in the air and as such we get an electrical representation of the sound a speaker in reverse!

This type of microphone is quite simple to make, very robust and can handle high sound pressure levels (SPL), so it is highly favored for live sound work. On the other hand they can have restricted high frequency extension, and lack that last drop of refinement. Mainly this is due to the relatively heavy coil of wire hanging on the back of the membrane. Most hand-held mics are dynamic because they need to be robust. The most common of these are the Shure SM58 for vocals, and the SM57 for instruments (though it is also very good for strong male vocals). Usually, kick drum mics are also dynamic and use a very large membrane to deal with the low frequencies and high SPL. The SM57 is often used as a generic mic to record pretty much anything when one of the more fancy mics is not available.

Next up, the capacitor (or condenser) microphone. This works by having two membranes spaced apart from each other, one fixed and one that can move to the vibration of the air. Each membrane is charged with a different fixed voltage. When the sound excites one of the membranes it vibrates, and the distance between the two membranes changes. As such, the voltage maintained across them also changes, and the difference in voltage between the two is what creates the electrical signal. This is very similar to how a capacitor is constructed, except in a capacitor the two membranes (‘plates’) are kept at a fixed distance and often have something other than air between them to increase the capacitance. This goes a long way to explaining why capacitors are referred to as being ‘microphonic’; because although the plates are fixed, they still respond very, very slightly to vibration and modulate the voltage. However, I must say that I feel this effect is often overplayed by those who produce vibration damping supports and such. 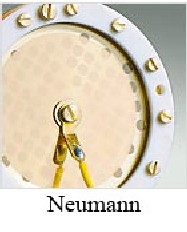 Because the membranes of a capacitor microphone can be made very thin and very light they have a well extended high frequency response and also respond well to transients, revealing a lot of detail. On the negative side, they are pretty fragile and sensitive to handling noise, so they are almost exclusively stand mounted and for studio use. They work very well for cymbals, vocals, acoustic guitar, and generally anything that needs a lot of detail. Although it is not that common, there are actually a few capacitor mics made for live use, such as the Sennheiser E865, and I have heard of the Audio Technica 3035 being used to mic electric guitar cabinets with very good results.

A modern (invented 1962) variation of the capacitor mic is the electret condenser microphone. This works by pretty much the same principals, but the membranes are polarized with a static charge (such a material is an electret) so that this type of capacitor mic does not need to be supplied with a continual voltage to work. They are not as common as the non-electret type of capacitor mic because it is more difficult to make them to the same standard. However, slightly lower quality (and often smaller) versions are often used as portable mics with mini-disks or as clip-on’s for TV use etc…

Another rather interesting variation of capacitor mic technology is the pressure zone or boundary microphone. These are mics that are placed directly on a boundary like a wall or floor and pick up the direct sound, combined with its reflection from the boundary. A capacitor mic is placed just above the boundary close enough that the direct and reflected sound add ‘in phase’ over the audible frequency range. This creates double the SPL level (+6dB) and reduces the coloration effect usually associated with positioning a mic close to a boundary.

Pressure zone mics (PZMs) are often used in theaters and other instances when the mics need to be out of the way. They can be placed on the stage floor and side walls and pick up all sound in the area with a minimum of coloration and visual intrusion. They also pick up the acoustics of the venue quite strongly. 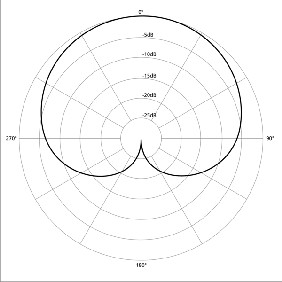 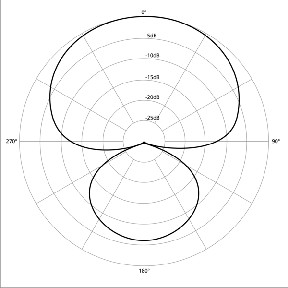 Hypercardioid is similar to cardioid, has better rejection at the rear-sides, but in return has some pick-up at the rear of the mic. 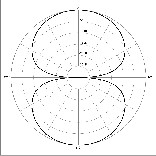 Going further, we have figure-of-8 pickup. This has equal pick-up at the front and back, and excellent rejection at the sides. A single mono mic of this type can actually be used to record stereo signals, but I will go into that more next issue. 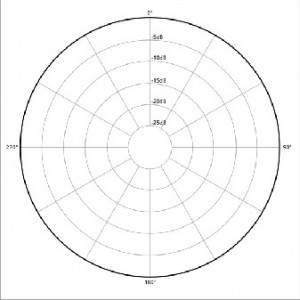 Then we have omnidirectional mics which pick up sound equally in all directions.

So there you have it 🙂 Next issue will be the second ‘installment’ about microphones and I will cover some of the more common ways to mic up different instruments – drum kits, guitars, vocals etc…

On a slight side note, I have discovered some most excellent wine! I don’t know of anything more related to hi-fi and music than a drop of lovely wine to have while you listen! There is a couple living in the wilds of Scotland who run a business called ‘Cairn o’ Mohr’ (‘care no more,’ get it 😉 ) and they make the very best fruit (and oak leaf!) wine I have had the pleasure of drinking. The Elderberry and Raspberry are my favorite, and as it happens they recently received the Gold and Silver award of the UK Fruit Wine Association respectively. I don’t know if they will send them to the US, but anyone who can get the wine should do so, they are absolutely delightful and go well with quality music.