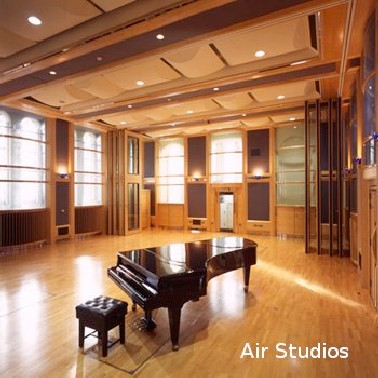 It recently struck me that in this hobby of ours, there is often talk of all manner of things that have their affect on the sound of music; from speakers and amplification to the mood you were in when listening to it. Rarely though, do I hear audiophiles discussing of one of the biggest influencing factors how the music was recorded. I don’t think this is because there is no interest in this area, but more likely because it is not a subject that the average audiophile has the opportunity to learn much about. After all, one can not just waltz in to somebody’s commercial studio and start playing around with all the equipment.

As such, I thought it might be of interest to the Affordable Audio readership to write a short piece each issue covering the main aspects of the recording processes used to produce most music today. Hopefully it will give you greater insight to the ‘other side’ of our hobby.

I suppose the first place to start when looking at the subject of recording is the room the performance takes place in! One of the most important factors that makes (or breaks) the very best studios is the ‘live room’. If you have a poor live room it doesn’t matter what microphones you use, or how good your mixer desk is; there will not be any good sound to capture. 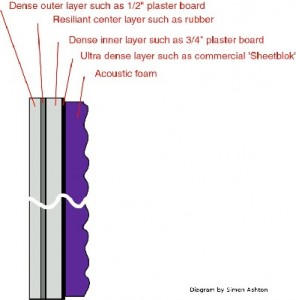 The live room is called such, because of the live sounding acoustic it has. The idea is not to kill all sound and coloration, but to add a nice ‘natural’ ambiance to whatever is recorded there. However, ‘natural’ is not really the right word because the acoustics are anything but naturally occurring. The best live rooms take a great deal of acoustic design, and even then, pot luck to get just right. The floors are often wooden, but what you don’t see is that they are likely to be suspended on rubber mounts, or springs. The ceiling and walls are usually covered with a verity of sound diffusors to reduce slap-echo and direct reflections without having to completely absorb the energy. Helmholtz absorbers may be built in to the walls (look like thin slots or rows of holes) to even out the reverb decay time (RT60). Some of the largest live rooms, such as Air Studio’s Lyndhurst Hall are even used for recording orchestra and choir.

It is not always practical for a studio to have a huge live room where an entire band can play, so there are other methods in common use today. One of these is to go right to the other extreme and use isolation booths. These can be built in to the structure of the studio or be free-standing constructions, but the idea is the same, to isolate any sound from the outside world and isolate / absorb any sound produced inside. In the case of a freestanding variant the walls are made from a dense material and covered with thick acoustic absorption on the inside. The door is very heavy, with an air tight seal and a small double glassed window. The ceiling will have an air inlet and fan to keep fresh air flowing so the occupants do not suffocate or die of obnoxious odors (well, it will be occupied by sweaty musicians hard at work for hours at a time!). The recorded sound is of course very ‘dead’ and boring, so artificial effects are used to give a live feel. This may sound like cheating but it allows far greater freedom with the sound created since the effects can be tailored to specifically suit that recording. 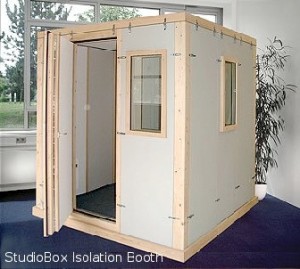 A mixture of booths and a small live room is also very common, with different sections of a group playing in each. The drummer may be placed in the live room to get a really vibrant energetic drum sound, while the vocalist is in an acoustically dead booth. The electric guitarist could be in a booth along with the amps, but sometimes the amps will be placed in a booth (or ‘isolation box’) along with the microphone, while the guitarist is somewhere else in the studio playing on a long wire and monitoring by headphones. This way the amps can be turned right up to get that ‘genuine’ sound without deafening the guitarist and everyone else. Usually it is arranged so the band members can still see each other.

The final method is called ‘D.I.’ which stands for Direct Injection. This is used quite commonly for bass guitars. A ‘DI Box’ is used to adjust the level and impedance of the signal from the instrument to make it suitable for connecting directly to the recording device or mixer desk. This can give a very clean sound with a minimum of fuss. It also allows the performer to be wherever they like in the studio; even in the control room with the engineer, since the instrument makes barely any noise without amplification. DI is also used extensively in live performances as it allows freedom from feedback and bleed through from the other instruments on stage, as well as reducing the equipment needed.

I think that about covers the main studio recording environments. Perhaps next time you hear a great drum sound you will make a note of which studio it was recorded at and look them up! Maybe, if you listen really carefully to a vocal track, you could hear the slight boxiness of the isolation booth layered under the reverb effect. Next issue I plan to discuss microphones in a little detail. Adios for now!