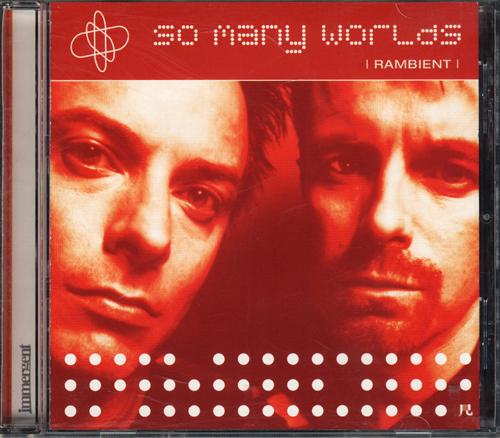 The ‘So Many Worlds’ project began when DiStefano penned ‘Power’, now the disc’s third track, way back when he broke away from Porno for Pyros and kicked his drug habit, but it wasn’t unit 1997 that he played the song for Gregson-Williams and the two decided to collaborate on a similarly themed album. However, due to the work commitments of both men, the disc wasn’t completed until 2001, so the album was undoubtedly a patchwork project. Aside from DiStefano and Gregson-Williams, a number of highly talented and diverse guest artists also appear, Lisbeth Scott and Peter Murphy being the most widely recognised.

‘So Many Worlds’ is a guitar-driven album, but the synthesized elements, samples and beats also take on a strong role. The end result is a highly polished disc and one that obviously hails from musically talented composers; this isn’t simply a collection of audio files assembled in an amateurish or prescribed way, but a series of unique and engrossing songs from a diverse range of artists. Initially the album appears deceptively simple, at least in part, but spend time with each piece and one quickly discovers hidden depths. In fact after close examination, none of the tracks are even remotely formulaic, each has a surprising and refreshing level of involvement.

‘All That Is’, the disc’s first, short introductory song – that will play automatically as soon as the disc is loaded – sets an eerie tone, there’s a deep, almost subhuman vocal that leads into ‘Burn’, the album’s heaviest composition, a mixture of spoken lightening-fast narrative and screaming guitar sirens from all five cardinal directions. There’s thunderous bass and a Hendrix-style ripping guitar, both of which along with Divine Styler over-dubbed vocals play equally significant roles in creating a unique and powerful track. Styler, you may remember, also features on ‘Awaken’, an immergent DVD-Audio title we have recently reviewed.

‘Power’ is another unusual collection of musical styles and themes, there’s a rhythm guitar straight out of the Lenny Kravitz book of tricks and you can also listen out for what sound like pulsed loudspeaker phase tests towards the end of the track. ‘Karma’ features the distinctive Japanese-accented vocal rap of Miho Hatori mixed into the centre channel and over-dubbed across the front L/R pair. There’s an acoustic piano and a thumping bass-line that moves deliberately and, I might, disconcertingly backwards and forwards in the soundstage. In case you recognised the name, Hatori is one half of the duo Cibo Matto, whose own 1996 album ‘Viva La Woman’ was selected by Time magazine as one of the top-ten hip-hop albums of all time.

‘Idle Flow’ has David Bowie written all over it (although if you’re familiar with Bauhaus you’ll know that the vocals of Peter Murphy aren’t anywhere near as off-key). For me, the track is let down by the forced lyric and lacklustre presentation during the chorus, it’s too open and up-front which diminishes the menace that is otherwise present, but this is my only artistic criticism of the entire album.

Following Murphy’s gruff contribution, there’s a complete change of mood brought about by the gentle, almost Celtic, layered vocal of the rather gorgeous singer/songwriter Lisbeth Scott in the form of ‘Hurricane’, a song with a style strangely reminiscent of All About Eve meets Sinйad O’Connor – only with a contemporary drum track and the occasional swirling surround chord. Although something of a departure from her usual style, Lisbeth oozes sultry sex appeal, demonstrates her outstanding song-writing abilities and elevates an already unusual track to ‘outstanding’ status. 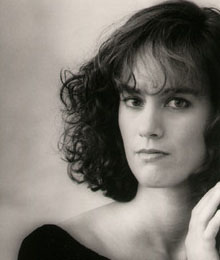 ‘So Many Worlds’, the disc’s title track, features a funk guitar that flips in and out of the front channels, surrounds and centre while Miho Hatori’s child-like vocals lighten what would otherwise be a drum and bass-lead piece. It’s a great combination, almost minimalist in nature but actually deceptively complex, especially when one is confronted with DiStefano’s lightening guitar fingerwork, which really is right out of the top drawer.

The synthesizers and Divine Styler vocal of ‘Killa Machine’ hit you from all directions and the track is rich in different tonal light and shade; there’s a deep bass lead, an obvious midrange hook and a myriad of electronic sounds and textures in all five channels, while ‘Deliverance’ is an equally eclectic mix of wailing guitar and a jazz bass riff, and let’s not forget the explosive ending!

‘We Dive’ is an even more thoughtful song – rich layers of synthesized chords, an off-beat drum track, acoustic guitars, strings (played by award-winning jazz violinist Hugh Marsh) and a thunderous bass-line combine to create a rich, expansive and detailed soundstage that is snapped into place by more eerie vocals from Peter Murphy that at times appear to float in space around the room.

‘Birth of a Girl’ is another considered piece but is overshadowed somewhat by ‘Fresh Skin’, an airy, upbeat feel-good piece thanks largely to the classy vocal from Ninette Terhart taking a break from her usual in-your-face rock-chick role in the cult band Powder. It might not be the strongest track with which to close the piece, but it’s certainly an affective one.

‘So Many Worlds’ was conceived from the ground up as a surround album, so all six 24-bit 96kHz channels are in full use throughout. There is lots of energy from the surrounds and sub-woofer, while the centre is held in reserve for obvious, attention-grabbing events rather than carrying discrete lead vocals. The mix is certainly adventurous but never unnatural or distracting, so kudos to Claus Trelby at 5.1 Studios, Los Angeles, who has successfully managed to tread the fine line between ‘artistic’ and ‘gimmicky’. There is a 96kHz two-channel alternative for the surround-challenged community, but as is so often the case, as fine as it may be, following the multi-channel version the experience is neither as involving nor as exciting.

The disc’s fidelity is excellent and you’ll be in for a treat if you like lots of clean, tight bass. Rhythm tracks have ample dynamic attack and high frequencies are never harsh, a particularly welcome trait given how DiStefano likes to hit you with the occasional screaming guitar solo. The fact that I am unable to point to any negative aspect of the recording values should be illustration enough of the presentation on offer.

As for supplementary material… On the DVD-Video layer there are some really natty animated menu screens, including an audio spectrum display that is synchronised with 3/2.1 background music. There is the usual 5.1 Entertainment loudspeaker set-up routine, a selection from the 5.1 Entertainment DVD-Audio catalogue and a list of disc credits. But best of all is the ‘Featured Artists’ section where you’ll find a whole host of entertaining extras. There is a biography for most major contributors with the exception of Divine Styler, and videos of DiStefano and Gregson-Williams, Miho Hatori, Peter Murphy, Lisbeth Scott (thank you!) and Divine Styler.

No doubt about it, ‘So Many Worlds’ is an outstanding album, one cannot escape the attention to detail and personal expression lavished on each track by those involved, the contributions of Scott and Styler both being of particular note, yet in very different ways. The music is a fascinating mix of singer, guitar and pulsing synthesiser made all the more enjoyable by what is a great surround mix and especially high production values. A disc that should not be missed.