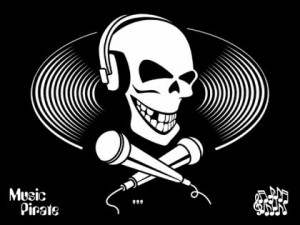 Well, seems like the Royal Navy of the Pirate Wars has sacked a few commodores, ladies and gentlemen.

The MPAA, currently up to its neck in lawsuits against various BitTorrent related sites, has recently moved to toss out MPAA general counsel Greg Goeckner, the director of worldwide anti-piracy operations and the deputy director of Internet anti-piracy.  And by all reports, next up on the chopping block is none other than current MPAA president Dan Glickman, getting tossed out on his rump following six years where Jack Valenti managed to hold on for thirty eight.

To be fair to Glickman, of course, he had WAY more to do than Valenti ever dreamed of.  Seriously, what was movie piracy in 1970 when Valenti was getting started, a guy with an Instamatic?  But that’s no matter for the MPAA, who tossed out its crew for, according to insiders, a “lack of aggressiveness”.

Better yet, the studios, possibly realizing that they sound like a bunch of hopped-up lunatics for calling some kid on Limewire a “pirate” when there are Somalis with rocket launchers out there, have changed their name from “anti-piracy” to “content protection”.

So the wars rage on, and perhaps, one day, we’ll be able to fix this when the MPAA wises up and instead of suing everything in sight offers a simple and INEXPENSIVE (thirty bucks for a DVD is the height of idiocy when not two weeks later I can’t resell it for THREE) way to download the content we want.  No more “it’s not on DVD”, no more “it’s coming soon, maybe, or not”.  Just what we want and when we want it.  Then most pirates (most, not all) will pay.