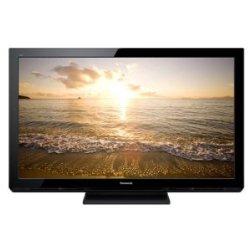 We’ve got another interesting plasma on tap for you today as we check out the Panasonic Viera TC-P50X3. While it won’t be nearly as impressive as a lot of televisions we’ve seen here, it will have a lot that’s going for it, especially in the value department.

The Panasonic Viera TC-P50X3 is a fifty inch 720p plasma television that offers Viera Tools to help you with the various television functions, Viera Image Viewer to let you show pictures on your television, a 600 Hz refresh rate for smooth video, two ten watt speakers with Surround Sound capability, two HDMI ports, one component input, one composite input, two USB ports, and wi-fi, once you pick up an adapter for it.

Admittedly, a bit short in the features department, but don’t be too concerned about this. While this is certainly a basic piece of hardware, one thing it’s not is a bad piece of hardware. That 720p picture looks better than you’d think with a 600 Hz refresh rate behind it, and the sound is actually better than you’d expect too. And streaming even becomes a possibility, which is terrific.

Now here’s where things get even better–the price tag. I told you this one was going to be a pretty nice value, and it is. You’ll be able to pick one of these up for $718 out at Amazon, and that’s a really very impressive price. You’re getting a fifty inch plasma television that can handle streaming and puts on a nice picture and sound display for well under a thousand bucks. I call that a good solid value.

And that’s why you’re definitely going to want to have a look at a Panasonic Viera TC-P50X3 yourself. It’s a good value system, and though it may be simple, it’s still going to put on a nice show, and that puts it head and shoulders over others I’ve seen.