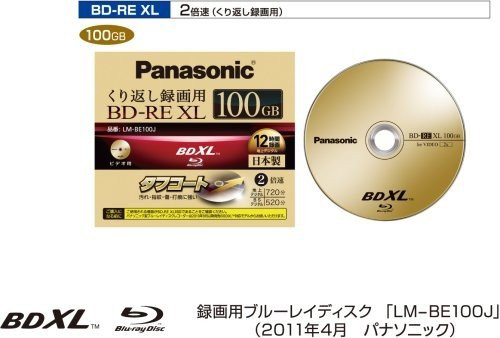 Traditional Blu-ray discs themselves have been known to feature a storage capacity that is quite high generally ranging from 25GB to 50GB. However, some companies in the industry have evidently felt that this capacity is just too small going on to produce the BD-R XL format which features a capacity of an astonishing 100GB. But, to go and thing that the BD-R XL format would phase out the more standard BD-R format would be ill advised seeing how a single 100GB BD-R XL disc can run upwards of $100.

But, this hasn’t stopped Panasonic to announce today that their re-writetable LM-BE100J BDXL discs will be available in Japan come April 15th. Don’t expect these to be cheap as reports suggest a single disc will run 10,000 yen or roughly $119 USD.