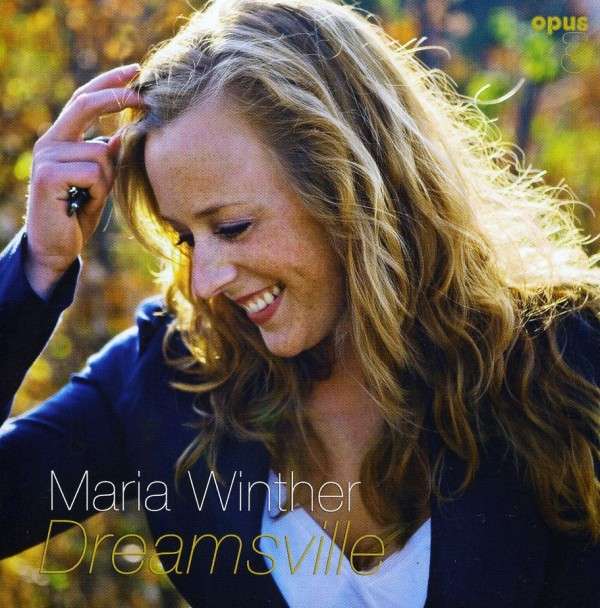 Audiophile label Opus 3 Records in Sweden continues to release albums in Super Audio CD Surround Sound. In their latest release, the label is presenting a new Swedish jazz singer named Maria Winther in an album titled Dreamsville. The disc is named after the Henry Mancini penned song that leads off the album.

Dreamsville is the debut album on Opus 3 Records by Swedish Jazz Singer Maria Winther. It features the singer and a quartet of some of the top jazz musicians in Sweden performing 10 songs from what Opus 3 refers to as “The American Songbook”.

“With this kind of jazz an essential ingredient is to capture the feeling of spontaneity, interplay and mutual inspiration between the musicians and artist at the moment of recording. To achieve this the recording was not made in a studio but rather in a small, cozy concert hall and without overdubs or editing.”

The album is an original 4.1 Surround Sound Direct Stream Sigital (DSD) recording made in June 2006 at Kulturhuset i Ytterjarna in Sweden. Equipment used on the session includes the Genex GX 8500 DSD Recorder and the EMM Labs Meitner ADC8 and DAC8 MK IV DSD converters. The album was produced by Gosta Rundqvist, engineered by Opus 3 label owner Jan-Eric Persson and mastered by Thomas Eberger and Jan-Eric Persson at Cutting Room AB. The Hybrid Multichannel SACDs were made by Sonopress in Germany.