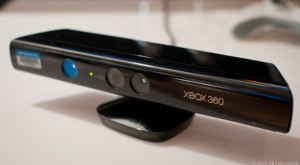 According to DigitalBattle, Microsoft is working on a Kinect firmware update which will quadruple the resolution of the motion tracking camera from 320?240 to 640?480 pixels. However, this has yet to be confirmed – Microsoft hasn’t announced anything.

A common criticism of the Kinect is that it wasn’t as accurate as required for some games, mostly due to the smallish resolution sensor. A quadrupling of the resolution will certainly help on that end. There’s no news on when we can expect the update, we’re guessing some time next month.