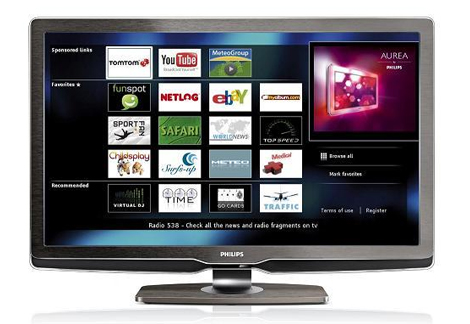 Phillips has recently announced an all new service to hit their high end range of TVs entitled NetTV.

NetTV is exactly what it sounds like, a service that allows you to browse the web on your television using it’s included remote control.

Phillips has said that while you will be able to view the entire internet using the service, certain websites such as YouTube, eBay, and TomTom  will be specially tailored for the service.

The service will be available this April for Phillips’ 8000 and 9000 series television and while the 8000 requires a hard wire to the internet, the 9000 has included WiFi so nothing additional is needed.