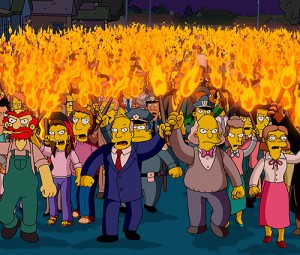 And they’re not happy.

Netflix, word of advice–telling your subscribers they’re going to have to wait twenty eight days before they can get a “new release” Warner Brothers movie isn’t exactly GOOD for you.

The word is pouring in from all over, and an initial glance over some of it reveals that people are, in general, not happy.  They’re seeing huge benefit for Netflix, but they’re not seeing lowered subscription costs or anything like that. In fact, the current word coming out of subscribers’ mouths is “screwed”.

Motley Fool says that subscribers have been “sold out”.  Word over at thestreet.com says that Redbox is looking better and better–at least they’re fighting back against this sort of thing.  Los Angeles Business looks like a mob in the making with one person commenting that this may have been a “win-win” for Netflix and Warner, but how was it a win for the consumer? And the Netflix community forums…well…they’re getting scary.

Your subscriber base isn’t happy, Netflix…better find a way to fix that or you’re going to find lots of people jumping ship.