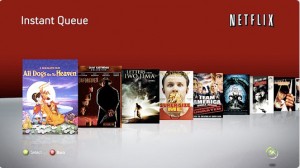 It’s probably not going to hit anyone as a huge surprise that Netflix is having a positively unbelievable year.  Lots of new titles, lots of new streaming going on (Epix was a huge win for them), and most importantly of all, lots and lots of new subscribers.

In fact, Netflix has picked up so many new subscribers that, according to Trefis members, Netflix’s stock could climb a whopping twenty percent.

The thing about Netflix is that subscribers are their primary stock in trade.  The more they have, the more income they have, and the converse is true too.  Netflix’s primary competitor is the pay TV market, stuff like Comcast and Dish Network.  But as more people move to Netflix, which not only provides DVDs but also streaming, it makes pay TV look less desirable.

I look for Netflix to keep improving as the home theater becomes the focus of entertainment distribution.