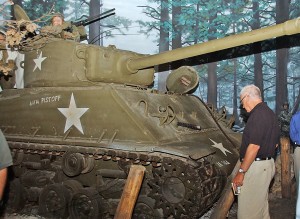 Well, not in the CONVENTIONAL sense.  You won’t see big red tanks heading for Germany any time soon, but what’s going on here is that Netflix, which actually already shut down a DVD-by-mail venture over in Great Britain, will be launching a small streaming-only video service in an as yet undeclared country sometime in the second quarter of 2010.

Netflix’s extremely conservative plan is to offer the service, and see what they can learn from their initial offering to discover where the pitfalls are, and retool the service before taking its act out to a much bigger stage, the entirety of the European Community.

“We are focused on entering one country and seeing how we do. Because we are launching in the second half of the year I don’t think we could do a second country this year.”

This is an extremely measured response, and Hastings should be proud of the careful approach he’s taking.  After all, there are plenty of pure streaming venues already available worldwide, so it’s worth a small flyer just to work out the kinks.  Hopefully it’ll work for them, and Europeans–keep your eyes front.  It could be YOUR country they’re coming to.