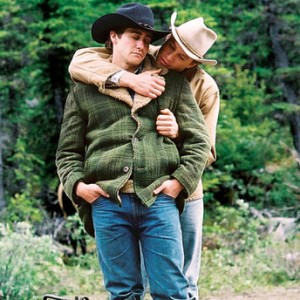 Here’s a surprise for all you Netflix users out there, and it’s a downright scary one at that.  Believe me, I too, as a Netflix user, am vaguely unsettled by the implications of the following story.

Apparently, when Netflix handed out its big million dollar prize to get its system of recommendations improved, it also handed out some personal data; personal data like queue listings.  Interestingly enough, reporters were actually using the same data, crosslinked against other data online, to discover what listings were linked to actual people.

So it wasn’t surprising that just weeks after the contest began, two University of Texas researchers — Arvind Narayanan and Vitaly Shmatikov — identified several NetFlix users by comparing their “anonymous” reviews in the Netflix data to ones posted on the Internet Movie Database website. Revelations included identifying their political leanings and sexual orientation.

This is being referred to as the “Brokeback Mountain” factor–remember that furor a few years back when TiVo started recommending shows with homosexual themes because someone recorded Will and Grace or Queer Eye For The Straight Guy? This is similar to what’s happening here.

The lesbian mom in question is suing for a whopping twenty five hundred bucks.  It’s a wonder Netflix isn’t just paying her off and keeping this out of the press.  But there’s word that Netflix wants to stage a SECOND contest, this time offering up ZIP codes, ages and genders.  I leave you with this horrifying little tidbit, on that note:

For instance, if a data set reveals a person’s ZIP code, birthdate and gender, there’s an 87 percent chance that the person can be uniquely identified.