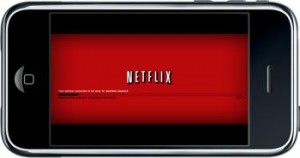 Netflix is definitely a growing business and according to its CEO the company plans on growing even more. In an interview with Reuters, Reed Hastings said that Netflix plans to brings its services to “all the game consoles, all the Blu-ray players, all the Internet TVs”, not to mention the iPhone of course. After that Netflix will probably invade Heaven and Hell, in that order. It’s all in good fun to talk the talk like that but can Netflix walk the walk? I don’t know if Netflix will be able to cover “all” the devices out there capable of streaming video. And there’s a tiny problem with the iPhone that we like to call AT&T service. It’s hard to believe the carrier will ever allow its subscribers to watch movies via 3G from Netflix!