Minnetonka Audio Software, Inc. have announced and demonstrated their latest SurCode and discWelder products for DVD-Audio authoring at a reception hosted by John Kellogg at Dolby Lab’s Burbank, CA facility.

Led by Director of Marketing John Calder, with support from company President John Schur, the brisk and lively demo showed the ease with which the content of a DVD-Audio disc could be assembled and authored. Discussing the need for artists to have a reference copy of their work, Calder took us from cassette tapes copies to CD-Rs and now DVD-Audio discs that could be given to artists to evaluate a mix in progress. “This is the first affordable DVD-Audio solution,” said Calder, adding that “discWelder was created to make DVD-A authoring fast, easy and affordable.”

Taking those three attributes to new levels was discWelder STEEL, whose ridiculously low $495 MSRP and limited feature list are geared more towards homebrew labels, struggling musicians and even audiophile enthusiasts who want to burn their own DVD-Audio discs. Features include:

Note that while multi-channel authoring is supported, Meridian Lossless Packing is not; meaning that surround mixes can’t go above 48kHz and still fit into the DVD data bandwidth. Also not supported are high-level features like adjustable downmix properties, slide show graphics and VIDEO_TS file import; the latter being audio that can be played on DVD-Video players. However, the basic feature set is seen as a strength by Calder, “You’re up and running, and working on hi-res tracks for your DVD-A in fifteen minutes.” And at $495, the price can’t be beat; the next-least expensive DVD-Audio authoring software packages cost $6,000 and $15,000, with one exception.

Priced at $2,495 MSRP, discWelder CHROME is described by Calder as a feature packed DVD-Audio authoring solution aimed at pro and semi-pro users “…who don’t want to go through a six-month learning curve.” For users interested in more flexibility, better control and even some unique options, CHROME has the powerful features needed to compete with existing professional DVD-Audio solutions:

One of CHROME’s industry-exclusive features is Gapless Play from track to track (as long as they’re the same format), achieved through fooling the player’s buffer into loading data from the next track as part of the current stream; easy and common with CD-DA but a first for hi-res LPCM and MLP, with their data-heavy bitstreams. Users have the option of enabling Gapless Play on a track-by-track basis. As powerful as CHROME is, some features have been left out. The current version doesn’t support simultaneous 2nd stream audio (MPEG, Dolby Digital, DTS, etc), real-time text, mixed sample rates in-track, nor CPPM copy protection (though the audience at the demo made it clear to Calder that CPPM was not a feature to be without, and a feature worthy of future upgrade consideration). Other features, like motion pre-menus, moving logos and LPCM track pointers were “coming soon”.

Mac support (OS-X Jaguar) is planned for next year, at which time CHROME will be able to import files encoded in the SoundDesigner audio format. At that point, discWelder DVD-Audio authoring tools will have a leg up on some competing products, like Sonic’s DVD-Audio authoring software, which don’t support Mac operating systems. Meanwhile, Mac users aren’t completely out of luck as discWelder products will “work fine” in Virtual PC. An interesting bit of news came up when discussing possible future support of DVD-9 discs (dual-layer or dual-side). Warner Bros., who are (yet again) planning on releasing 125 DVD-Audio titles next year, were proposing that the 2nd layer be used for CD audio in order to deal with double inventory. Apparently the WEA proposal was recently accepted by the DVD-Audio Forum. While industry professionals have told Calder that these kind of 2-layer DVD-As may never happen, he still is considering DVD-9 support for discWelder products, “…we’re Minnesotans, we’re optimistic!”

System requirements for STEEL and CHROME are surprising minimal: Windows 98/2000/NT/XP with 10Gb free hard disc space and a supported DVD-R/RW drive. As for processor speeds, John Schur said that his software will even run on old Pentium I processors, “…it’ll just take longer.” Other useful peripherals would be a multi-channel sound card and monitoring set-up. And since the actual sound mixes (stereo and multi-channel) have to be created before being imported to discWelder, a DAW (digital audo workstation) would be needed; along with photo and/or video manipulation programs.

CHROME users who want their audio compressed, can choose from Minnetonka’s SurCode line of compression software for Dolby Digital or MLP encoding. Priced at and MSRP of $2,495, SurCode MLP Lossless takes six channels of 24-bit 96kHz Linear PCM, which has a data rate of 13.82Mb/s, and squeezes it to fit within DVD’s 9.6Mb/s maximum throughput rate. Features include:

Re-Bit is another Minnetonka exclusive: a timesaving feature, which manually or automatically reduces the effective bit-depth on a per-channel basis, within SurCode MLP. For example, if 5.1 channels of noise-heavy thrash-metal music is just not compressing to under 9.6Mbps, the user can select the Re-Bit option and simply walk away. Re-Bit will automatically make pass after pass, taking the least significant bits (first 24 and 23, then 22 and 21, etc) and reducing their value to zero, as opposed to actually truncating the bit-length of the words. As soon as it reaches DVD throughput size, it will stop and generate a log of its activity. Users can define where Re-Bit is applied and where it is not (e.g., surround left and right channels). This could result in a DVD-Audio disc with the front three channels at full 24-bit resolution, the surrounds at 20-bits and the LFE channel at 16-bits and the end listener never notice, as the “24-bit” indicator on the display stays lit.

John Calder ended the demonstration as he had started it, by pointing out the “triangle” that he sees for DVD-Audio: in one corner are the artists, creating the hi-resolution and multi-channel content; in the other are manufacturers, who say that 80-90% of DVD players coming out next year will be DVD-Audio capable; and in the third corner are the tools that put the content in the players. That’s where he sees Minnetonka’s software products coming in, both now and in keeping the ever-changing future of DVD-Audio. “We’re a small company, which allow us to change focus and priorities pretty quickly”, he said when discussing requests for upcoming features. Minnetonka’s low priced software combined with the fact that DVD burners are falling under $300 (and DVD-R media under $2) should make DVD-Audio authoring more accessible than it has ever been before. Added John Schur, “…we’ve got the product out, now we just have to get the word out!”
Minnetonka Audio Software’s president John Schur, demonstrating fast and easy DVD-Audio authoring on the big screen in the Dolby Labs theatre. 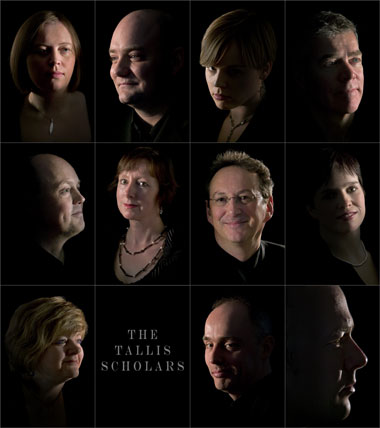