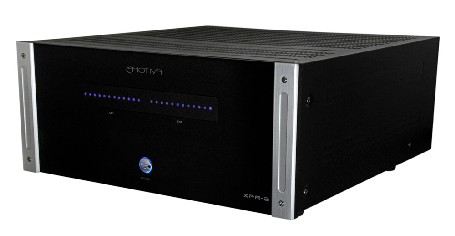 From the very first note there’s one thing that definitely stands out about the XPA-2-it’s got balls! This amp has more bass and more kick in the guts to it than any other amp I’ve owned (and I’ve had a few). In fact, music hits hard, real hard. The XPA-2 is not an amp for the average guy. So send the wife and kids to grandma’s house, blow the dust off your air guitar, and crank it up!

The bass, slam, and dynamics are the best I’ve heard in my system. And you’ll never hear a single note of sloppy bass with the XPA-2. In fact, the bass is tighter than a g-string on a fat girl. Quite frankly, in my 13’ x 20’ room, the music sounds bigger than it should. Due to the added breadth of the stage, studio recordings have a live characteristic to them. And live recordings actually sound more live, if that makes any sense. In terms of the imaging, it’s like a guided missile as opposed to a laser point. In other words, the image within the soundstage is broader, but well controlled. With vocals, you’ll hear more nuances in the voices; there’s a depth, even in female vocals, which typically isn’t captured in most systems.

Admittedly, when I first heard the amp, I felt it was missing a little bit of resolution. With amps, there always seems to be a trade-off between bass slam and refinement, and I have preferred refinement in the past. But my experience with the XPA-2 has shifted my paradigm. I asked myself, “Does my system instill an emotional connection to the music?” I had to remind myself that music is only as good as the feeling you derive from it. The XPA-2 may not be the last word in refinement, but the amp allows me to connect to the music, whether it’s funk or jazz. For me, that’s the true test of a great amp.

For the techno-savvy, the XPA-2 offers additional features such as glass epoxy pc boards, 1% resisters, metal film capacitors, soft start circuitry (does not have a current spike on start up), dual stage rectifiers and secondary capacitance. There is a compartmentalized design for greater isolation from noise. The transformer is mounted in its own substructure. The amplifier channels are all fully shielded, and the unit has switches for turning the metering and/or status LEDs on or off. The amplifier also features automatic voltage selection.

For those who are familiar with the Emotiva XPA-5 (reviewed in March), let me make one thing very clear the XPA-2 is on another level, so don’t think the XPA-2 is a 2-channel version of the XPA-5. In fact, the XPA-5 is a powerhouse, but it doesn’t come close to the nuclear reactor level of power as generated by the XPA-2. 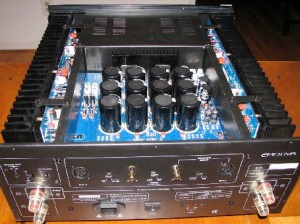 The XPA-2 offers plenty of clarity, resolution, and detail, but I’ve heard a couple of amps on my own system that provided more, including the Emotiva RPA-1 (reviewed in November). Of course, the RPA-1 didn’t have anywhere near the slam and dynamics of the XPA-2.

With my Bada HD-22 tube CD player, VMPS Tower IISE speakers, and Marsh P200 preamplifier, this is the best setup I’ve had to date. A close second would have to be the Marsh A400 amp with Promitheus TVC serving as the pre. That system had finesse and greater tonality, but the current system is more powerful and more fun to listen to. Of course, the Marsh A400 retails for about $2,195 vs. the XPA-2 at $799.

To sum it up, the XPA-2 is a fun amp. Lately, I’ve been finger poppin’ and head bobbin’ like crazy. The amp grabs hold of the music and throws it at you like a pie in the face, and you’re just standing there mesmerized, licking your lips, and clowning for more. As expected, Emotiva has produced another no brainer component. I’m having a great time playing my music, and that’s what matters most. Very highly recommended.