A Mike Oldfield DVD-Audio/Video box set is to be released by Warner Vision to mark the 30th Anniversary of ‘Tubular Bells’.

The set, scheduled to hit the streets in the U.K. on 17th November, will include DVD-Video live performances of ‘Tubular Bells II’ from Edinburgh Castle, ‘Tubular Bells III’ from Horseguard’s Parade, London (originally released as a double-sided DVD-Video disc in 1999), and ‘Art In Heaven’, the concert staged in Berlin to mark the Millennium celebrations of 2000.

Together with highlights from ‘The Millennium Bell’, the Berlin concert features an excerpt of ‘Tubular Bells’, ‘Portsmouth’, ‘Moonlight Shadow’ (an excellent performance by Miriam Stockley), ‘Secrets’ and ‘Shadow on the Wall’ (a version that pales next to the Roger Chapman original vocal).

Also included as part of the package will be the soon-to-be-released DVD-Audio version of ‘Tubular Bells 2003’ – it boasts a 48kHz 24-bit MLP surround version of the album and excerpts from the original demo tapes, an element, albeit low-fidelity, likely to be highly prized by Oldfield fans. The entire package will retail for Ј34.99 in the U.K., which we’re told is a saving of nearly Ј21 if all the discs were purchased separately.

Speaking of which, the U.K. release date for the stand-alone DVD-Audio disc of ‘Tubular Bells 2003’ has been delayed once again, it is now expected to become available on 3rd November. We suspect the U.S. release date to be similarly delayed. Mike Oldfield Live in Berlin (with Carrie Melbourne, bass and Chapman Stick). 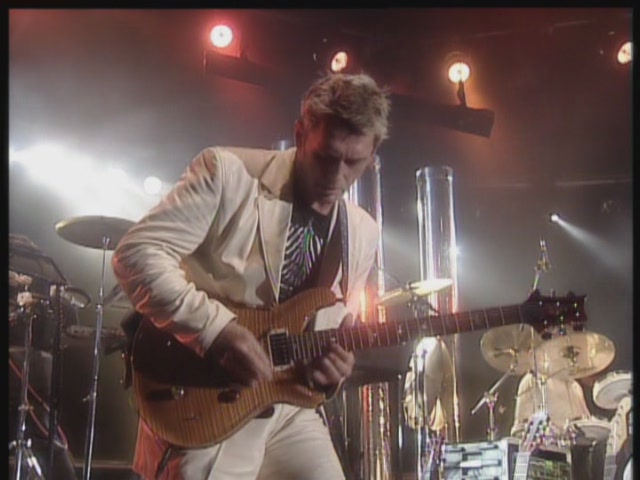