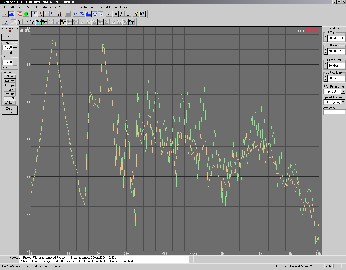 True RTA is a real time audio spectrum analyzer for the PC. It is a useful and inexpensive tool that can give a good picture of speaker response at the listening position. The software package can aid in positioning speakers for the smoothest response, or when used in conjunction with a digital equalizer such as the Behringer DEQ2496, can give quick feedback on needed frequency adjustments and their overall effectiveness.

True RTA is available as a free download, but not all features are enabled in the free version. There are four feature levels available, the most expensive being the $99.00 level four. The upper levels of the program include a 1/24 octave resolution real time analyzer, a pink noise generator, and an advanced measuring system based on a digitally generated sweep. These tools, along with other program features, provide an excellent manner of creating a frequency response picture of your listening room.

One nice aspect of the program is that it is effective even with standard and inexpensive soundcards. The program will self calibrate and cancel out any of the sound card’s frequency response anomalies, giving you measurements accurate to .5 db.

The frequency response graph pictured below was taken at the prime listening position in my listening room using the quick sweep measurement functionality of True RTA. The Y axis of the graph represents sound pressure level in decibels. The X axis represents the frequency range from 20Hz to 20kHz. Notice the average level falls at about 85dB with broad peaks and dips throughout the frequency range. 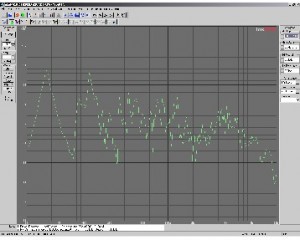 The second figure shows two graphs; the original frequency plot, plus another taken one foot to the left of the original measurement position. I have increased the scale of the graph so that similarities and differences between the two listening positions are more easily seen. Notice that the broad peaks in dips are nearly identical between the two listening positions up to about two hundred Hz, but then start to differ dramatically. 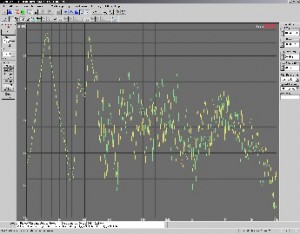 The next figure shows measurements of the six different positions where a listener’s ears are most likely to be found at the listening position in my room. Notice that the peaks and dips between all positions are similar up to about 180 Hz, but begin to vary progressively as the frequency response increases. This is due to the size of the wave; the smaller the wave, the more dramatic the differences are for small changes in location. The graph below tells me that it is safe to adjust the frequency response up to about 200Hz, but any adjustment after that would adversely affect other positions near the prime listening area. I surely don’t want my head locked into position with a vice when I listen to music! 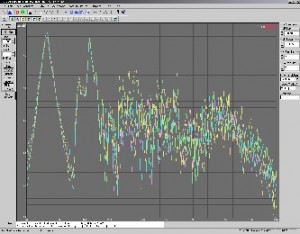 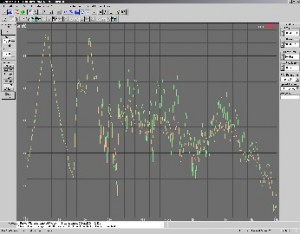 Finally, the last graph shows only the region where digital room correction was applied with the Behringer DEQ2496. The green line shows the non-equalized response at the prime listening position between 20 and 200 Hz. The blue line shows the frequency response after a quick digital room correction setup. Note the fairly flat in-room bass response down to 25Hz. Not bad for a pair of two way stand mounted monitors. Maybe the time has come to sell my subwoofers. 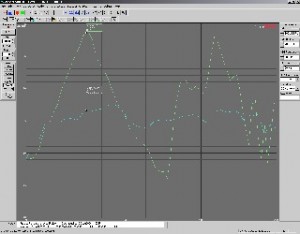