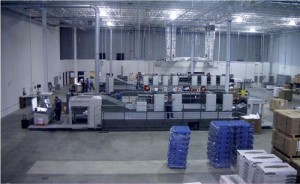 A limited number of copies of ‘Piano Concerto and Concertinos’ by Schumann, performed by Christian Zacharias and the Orchestre de Chamber de Lausanne were pressed to test industry reaction to the potential of a ‘hybrid’ DVD-Audio disc and evaluate early compatibility issues.

Our sources at Sonopress explained that the single-sided disc, which comprised separate DVD and CD layers, the former including both DVD-Audio and DVD-Video compatible data, was produced on their “regular machinery”. Representatives of Sonopress suggested that the prototype disc should be playable on most current DVD players, however the company advised those in attendance that the disc format was not for sale and stressed that it was only a prototype as it does not adhere to any published DVD Forum Standard.

Sonopress is a subsidiary of Bertelsmann AG, whose music division (BMG) owns more than two hundred record labels – Arista Records, Jive, RCA Records and Ariola amongst them – and is one of the world’s largest music publishing companies. BMG also promoted DVD-Audio at MIDEM following their announcement of support for the format on January 6th.

Limited testing by MDG revealed that the prototype disc was compatible with all currently available ‘universal’ high-resolution players from Pioneer, Marantz and Onkyo, together with all Pioneer single-format machines and standard CD-only hardware.

A copy of the prototype is winging its way to High Fidelity Review, and although the disc represents a technology that is still in the development and testing phase, we will let you know how it performs. WG4 members, the DVD sub-forum responsible for DVD-Audio, are also quick to point out that the MDG disc is only a test-bed and further work is required, but the move bodes well for ‘hybrid’ DVD-Audio and its impact upon music retailers, replication facilities and audience listening habits.

Dabringhaus und Grimm Audiovision (MDG) are no strangers to pushing the envelope of disc compatibility. The label already offers a number of titles containing high-resolution DVD-Audio content, lossy DVD-Video audio (in the form of 448kb/s Dolby Digital) together with six-channels of uncompressed 48kHz PCM, which is compatible with all DVD-Video players that contain internal six-channel decoders.

When he spoke to High Fidelity Review, Werner DAbringhaus of MDG was clearly pleased at the reaction to the DVD-Audio ‘hybrid’ he received at MIDEM:

“…as a result of our MIDEM discussions I know that the music industry would appreciate such a format. For labels and distributors it would be the best solution: It [the hybrid] looks like a CD or a DVD and even the conservative audience can use it like a CD, up to the moment when they decide to change to DVD-Audio.”

Werner was another to stress that further work is required to avoid hardware incompatibilities, but everyone involved is expecting those issues to be addressed in the very near future. A dual-layer ‘hybrid’ is the ideal solution in terms of engineering elegance, but as we reported from CES, dual-sided discs (DVD content on one side and CD on the other) are also a viable alternative, at least until dual-layer compatibility issues have been resolved.

While a dual-sided ‘hybrid’ greatly increases the market appeal of DVD-Audio, a dual-layered disc is clearly the ultimate goal. Its (hopefully) “no-brainer” operational potential, which removes any need for the user to “think” about playing a specific side of the disc, only to be automatically presented with the compatible or preferred format, might prove to be a huge boost for the flagging music industry. Being able to ride on the coattails of DVD-Video and offer fully backward-compatible CD playback should also be the shot in the arm both high-resolution and multi-channel music have been waiting for.