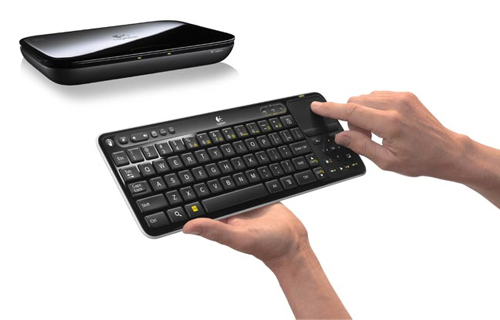 Apple has released their Apple TV set-top box and which has been garnering positive interest ever since. This device, if you aren’t aware, is an Internet connected set-top box that gives consumers access to things like 99-cent TV rentals, streaming media and Netflix. While it’s quite the highly sought after piece of hardware, Google too has their own television oriented product in the form of Google TV.

Google TV differs from Apple TV however in the sense that it is now an actual set-top box, but instead a software platform. This means that with proper hardware manufacturer parnterships, Google will be able to get tehri Google TV software into the homes of millions.

One such hardware manufacturer that has signed on is Logitech who has shown off their Revue set-top box many times in the past. However, while we’ve seen the box get demonstrated in great lengths, the company has yet to come forth with a solid release date. Today, however, it has been announced that the Google TV powered Logitech Revue will hit store shelves on October 21st for $300.

Anyone looking to pick this Google TV powered set-top box up?