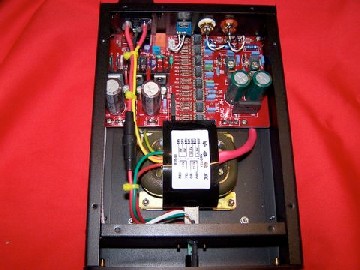 As a transport I used the Cambridge 640Cv2 that in it’s own right had received many accolades and “Best Buys” from the hi-fi press.

My impression of the LiTe was that it presented music in a different way to those players and Dac’s that used oversampling, particularly the Cambridge. The Cambridge is a very accomplished player, but those “difficult” discs are still…well “difficult”. I suppose you could say that it doesn’t suffer fools gladly. There was, for me, something about the LiTe that sounded more musical and seemed to get to the heart of the music.

I am a bit of a detail freak, but not at the costs of musicality. The LiTe seemed to be able to do both. My listening room means that I do not have to use more than 1Watt of power to get a reasonable listening level (yes, I have checked what1 Watt is with a db meter). Those who may remember my articles about the Sonic Impact (modified) and the Fostex back loaded horns, will realize why I can get away with 1 Watt (or less!) The reason for my explanation is that not long after I purchased the LiTe, I read on a forum that there was a circuit error in the manufacture of the Dac that caused distortion. I didn’t think that I had that problem and to my ears I could not hear any perceptible distortion, probably due to the level that I listened at.

In the same forum there were people that were ripping open their newly acquired purchases in order to mod them and improve the sound. Now I am a cautious kind of guy and even though I did not have any sort of warranty or friendly dealer that I could pop along to if the thing decided to give up the ghost, I was not about the start messing about with a new purchase.

I’m sure some or maybe even a lot of you will have read or heard about the hype over the last couple of years about the Sony Playstation 1. An on-line review magazine said, “You would have to spend over $6,000 to get a better player”. Sensational stuff.

I have been a little late in the day in catching up with the news. However my son had a lot of games consoles as teenager and I asked him if he could source me one of the early one’s with the phono outs (specified as models 1001 in USA and 1002 in Europe). He managed to get me a 1002 (said to have been hardly used?!) for $50. It was more than some were asking on e-bay, but if it sounded like £3,000 worth then it was a bargain.

If you wonder what this has got to do with the LiTe Dac, don’t worry, read on. Mick Fuerbacher has a site dedicated to the modifications required to make the Sony PS1 really sing. Interestingly enough the site that compared the PS1 to a $6,000 CD player were listening to an un-modified 1001 (through the phono outs). 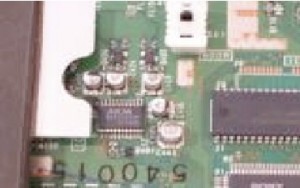 When I received my PS1 I was keen to see what all the fuss was about and plumbed it into my system using the audio outs. Huh! this thing sounded decidedly average (that’s being polite) and not even as good as an old Philips player I bought 15 years ago (since modded) and now living with my son!

I opened the thing up and looked at the areas that Mick_F as he is known on diyaudio, said you have to perform surgery. I had already performed microsurgery on several Sonic Impact amps and was therefore equipped to do the operation. However, for some reason I bottled it and decided that this might be a tweak too far for me, given (what initially) seemed to be a fairly complex board. A few days later I bit the bullet and got the soldering iron to it.

Ironically having asked my son to get me a 1002 with the audio outs I decided that the mods which involved saving the existing phono sockets was not necessary and new phono sockets would be easier to implement.

If you look at Mick F’s site you will be taken through the steps that are needed to make the PS1 a giant killer. Basically you are by-passing the op-amps and additional circuitry and making a passive output for the PS1. These are the mods that people were carrying out to the LiTe.

Here for the geeks is a picture of the Sony board. You remove caps 423 and 424 and solder two wires to the pads vacated by the caps. You can see the traces running to pins 15 & 16 of the AKM chip. The picture makes the caps look massive, they are in fact the size of a match head! Having finished the surgery on the PS1 I plugged it all in again, left it running for a few hours and then had a listen. Well, shiver me timbers (very old English sailors term!) it was a very different player. Some may have likened the un-modified PS1 to sounding a bit analogue and mellow. In my phrase book it would have said dull, lifeless and uninvolving. With the modifications you had life, colour, texture, detail, broadness of soundstage and the thoughts “this just shouldn’t sound this good”. High frequencies are deliciously sweet and refined, Bass is really punchy, but it is the mid-range that is the piece de resistance. “Difficult” discs, what “difficult” discs did you mean? The PS1 will play anything with aplomb. It presents the music s a coherent whole. Yes, there are elements of the analogue about it, if analogue means, smooth, and effortlessly musical.

O.K back the LiTe. The reason I decided to tell you about the mods to the PS1 is because the mods to the LiTe are to firstly correct the circuit error and secondly to turn the output into a passive one and to by-pass the op-amps. The circuit error is not a problem in all the Dac’s, only (I believe) those made in the last year or so. The original Dac’s were designed to run on 8volts. They then decided to run them at 6volts, but did not change the resistor values. This is said to result in clipping with harmonic distortion at 2.2%. After the modifications the distortion reduces to 0.1%

Resistors 35 & 36 (if any of you have a LiTe Dac Ah) are rated at 270 Ohms, they should be 160 Ohms for the circuit to operate correctly at 6volts. I happened to have some 160 Ohm resistors and so I simply cut the existing ones at each end, so much easier than trying to de-solder them (in which case you have to take the whole thing apart) and soldered the new one’s in.

You then have to alter the voltage by reading the DC output at either side of the resistors you replaced. It should read 3.3volts and adjustment is made by tweaking the Vref adjustment pot (the blue thing with a screw on the top of it to you and me). I then plumbed it back into the system to check it was still working, it was. The sound was instantly much more relaxed and I found I could turn it up REALLY loud without strain. I thought, in for a penny, in for a pound, whilst the iron is hot I will perform the passive modifications. 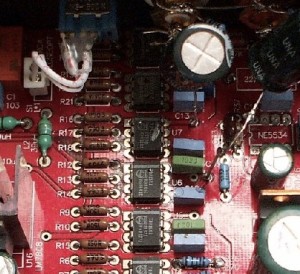 The existing connections from the board to the phono sockets are taped up and left. The modification takes the op-amps out of circuit. I decided to remove the op-amps. There are some who have an abject dislike of op-amps as they say they add things they feel are unnecessary. It may be that in other designs op-amps are required to boost the signal. In fact there has been quite a lot of a very long thread on a forum dedicated to op-amp “rolling” for this very Dac. Some say that the Burr Brown OPA627 gave the best sound. The only info I could find about this Op-amp was that they were £14 each in the U.K and that was 5 years ago.

However, the fact is now that the operational amps are no longer operational! What does this mean in sound quality terms?

I suspected that by modding the output from active to passive that this would have meant a significant decrease in output. That was not the case, there was a drop, but not by very much, in fact because the sound was that much cleaner and less congested I found that compensating with slightly more volume only brought about better results.

The modifications retain the inherent nature and sonic signature of this Dac that makes it so good in the first place, but it makes it so much a whole lot better, it frees it up to breathe. Instruments have more separation, vocals are crystal clear with no hint of harshness. Nobody wants to admit that their latest acquisition is flawed in any way and until I converted it to passive I was not aware that there had perhaps been a slight coarseness and harshness to vocals that I had probably put down to “realism”, but liked it anyway.

If any of you out there have a LiTe Dac, these mods are a no-brainer. The cost is 4 resistors and two capacitors. I used 100uf non-polarized caps and 22K resistors. The value of the caps you use and the quality is something that a lot of people spend months trying and the details could take up another few pages. Some have used only 1uf caps others greater values. It is a “suck it and
see” process. You will have fun in the process. Happy modding.