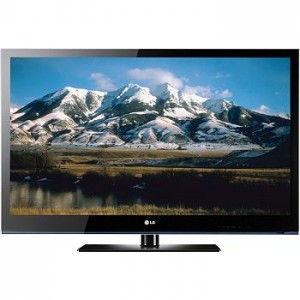 We carry on with our week in plasma televisions with the LG 60PK750, and for once, I’m not going to complain about the price tag on this bad boy. It may be substantial, but for once, it’s going to be a pretty fair value.

And what’s got me so enthusiastic about this? Well, try this on for size: the LG 60PK750 is a sixty inch 1080p plasma television that offers Internet connectivity (you’ll need a few extra supplies, like a router and appropriate cables, or a Wi-fi adapter and the like) that’ll give you access to a whole lot of original content online. YOu’ll also get a pretty substantial surprise: THX display certification, which is no mean feat because THX certification represents one of the best quality setups around. What’s more, you’ll get a layer of Skin Glass to protect the display and cut down on glare, the Dual XD Engine, the TruBlack Filter (both of which improve picture quality), two ten watt speakers with Dolby Digital decoders, Intelligent Sensor to handle picture settings automatically, three AV modes to adjust the picture according to what you’re using it for, Clear Voice II for improved spoken dialogue, four HDMI ports, two component inputs, two composite inputs, one RF input, a PC input, a PC audio input, two USB ports, and an Ethernet port.

It’s fantastic. There’s really no two ways about it: nothing but an incredible television can earn a THX certification–that’s best of the best, really. And the sound quality does pretty well with the ten watt speakers backed up by Dolby decoders, though ten watt speakers can only go so far.

Now, like I said, the price tag is going to be huge on this–$1555 on Amazon–but you’re almost certainly going to find this one worthwhile. It’s hard not to: a sixty inch THX certified television? It’s very much upper tier goods, even with the recent advancements in LED technology, this one will still put on a good show.

The LG 60PK750 is a big package, and will cost an arm and a leg, but you’ll likely find that you made a good deal even if it were higher.