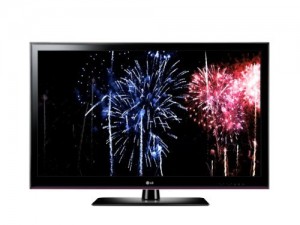 There are a LOT of LED televisions out there, folks–for a relatively new technology, everybody’s out to get in on this particular market.  LG seems to be really making a showing here, as I’ve got another one from them to talk about.  Today we’ve got the LG 47LE5400 to discuss, and it’s pretty nice.

This LG has a lot of great utility involved with it–it has nearly as many component inputs as HDMI inputs, which is great for people with older hardware.  It also offers NEW hardware owners plenty of room with just as many HDMI inputs, plus allows for internet access thus giving the best access to the content provider of choice for tomorrow as well.  The picture quality is also fantastic, and the sound quality, despite the low wattage of the speakers, is sounding pretty good too.

And the best part is, if you didn’t like the price the last time we talked about an LG LCD television, you’ll be much happier by the price on this one–fifteen hundred thirty bucks.  That’s not out of line for utility like this.  So if you’re looking for a new television, stop and spare a thought for the LG 47LE5400, a television that should prove as good tomorrow as it proved yesterday.